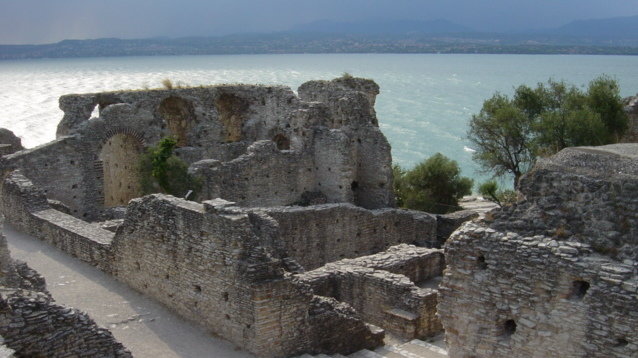 The ruins of the Catullus villa on the shore of the Lake Garda.

If there is anything that binds together the various literary allusions in this canto, it is the memory of Pound's happiest time: the months he spent in Sirmione in March-June 1910. It is here that he corrected the proofs of the Spirit of Romance and wrote his first translations of Guido, which he would publish as Sonnets and Ballate of Guido Cavalcanti in 1912. Dante, Catullus, Sordello and the troubadours were all near. Pound had found his paradise and his home, the place to start.