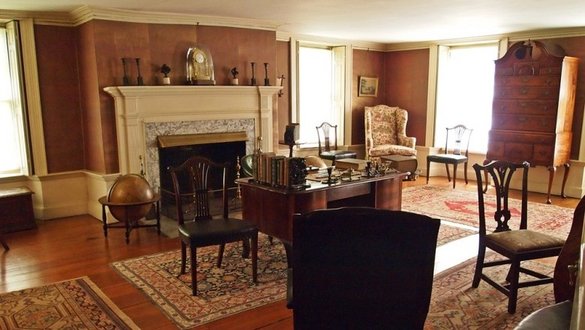 “Pound’s source, and hence Pound, proceeds through Adams’ life five times, from the perspectives of Adams’ grandson, his own immediate report of his daily life, his rhetorical and persuasive writings, his official papers, and his private letters. Equally obvious is that Pound does not – as another writer might – start a new canto when he begins to use a new group of primary documents.

“Pound used the source volumes very unequally: […] Adams’ diary weighs much more heavily than any other type of source; Pound uses it twice as much as the next most used type of source, the Charles Francis Adams biography. Clearly, the sources revealing Adams’ personal life are most strongly represented; if one combines the selections from the diary with those from the biography and the private correspondence, one finds that these comprise over 70% of the total passages and pages chosen. While Pound is demonstrably interested in Adams’ ideas, he grounds his presentation of these ideas not so much in Adams’ own exposition of his theories as in his life and experience. Adams’ journalism and essays are the least used of the five types of sources. Pound is interested in the processes by which these ideas develop and live in Adams, rather than the abstracted conclusions drawn and divorced from this experience. Thus it is not surprising that Pound skips all of Volume V, which contains the second and third sections of the longest work Adams ever published, the Defenses of the Constitution of Government of the United States of America (1786-87). ”