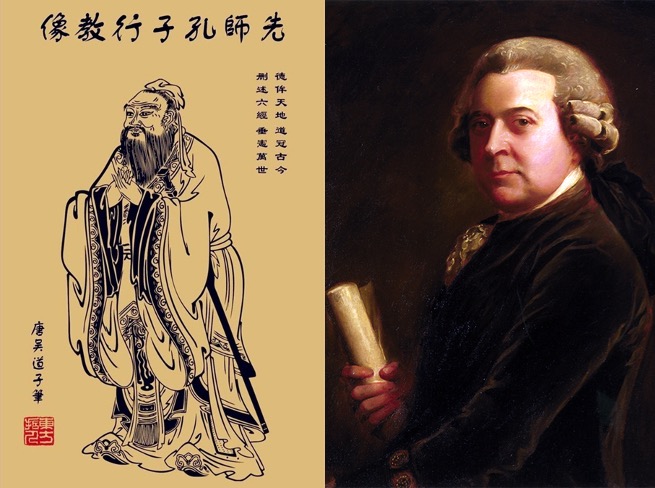 Pound designed the China and Adams cantos as one volume united by the underlying purpose of examining the nature of good government in order to avert war – to provide a textbook for rulers. This textbook purports to show that the principles of good government remain the same whether in totalitarian Italy or democratic America. [...] Just as the China cantos explore the operations of a totalitarian state, so the Adams cantos detail the birth and development of a democratic republic. And, just as the China cantos allude to Mussolini’s Italy, so the Adams cantos allude in a more general way, and partly by contrast, to Roosevelt’s America.

Poetry: the WORKS, action or process. The German “DICHTEN” meaning to condense. A note in explanation of foreign words, although very few are used in this section of the Cantos. These are almost always underlinings or repetitions, enforcements of something stated in the English text, are used only as a sort of souding board for a note struck.

As for the form of the decad cantos 62/71, if the critic will read through them before stopping to wonder whether he of she is understanding them; I think he or she will find at the end that he or she has.