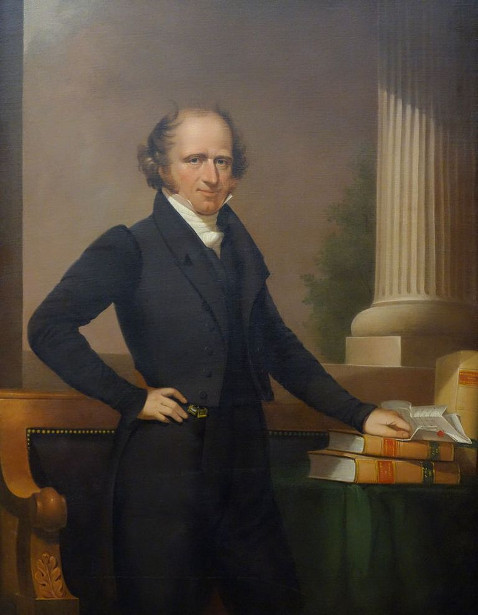 I have already started to put the bank war into a canto. I don’t know whether to leave it at that, or to quote sixty pages of “Van’s” autobiography.

“I suppose they’ll blame it on Van,” said General Jackson.

A lot of economics that mankind (the tiny advance guard of mankind) has learned in the last twenty years with toil, sorrow, and persistence, they might have lapped up from that unprinted manuscript of Van Buren’s.

“Forty millions had been the average amount of the loans of the bank. In October 1830 they stood at $4o,527,532. Between January 1831 and May 1832 they were increased to $7o,428,oo7; the highest figure ever reached. The amount of its outstanding discounts between the periods mentioned was thus increased about 30 millions, saying nothing of the increase which took place between May, the date to which the report of the Bank was extended, and July when the veto was interposed. This extraordinary and reckless step was taken without even a pretence of a change in the business of the country to justify, much less to require, so great a change in the extent of its credits.”

There is a good deal of such statement in the autobiography, all Chaldaic to the man in the street, but taken in its place, context, relations, very good reading to the modern economist, and marvellously convincing testimony to the clear-headedness of Jefferson’s most notable pupil.

Step by step the story of the recent American crisis can be read in last century’s story, simple transposition serving mostly for parallel. Read “land” where you now read “industry,” the finance is the same. Inflation, deflation, boobs [97] buying on the inflate and getting crunched by the deflate.

In one sense American history or the history of American development runs from Jefferson through Van Buren and then takes a holiday; or is broken by a vast parenthesis, getting rid of the black chattel slavery, and then plunging fairly into unconsciousness.

We were diddled out of the heritage Jackson and Van Buren left us. The real power just oozed away from the electorate. The de facto government became secret, nobody cared a damn about the de jure. The people grovelled under Wilson and Harding, then came the nit-wit and the fat-face.

Wilson betrayed whatever was left of the original ideals of our government.