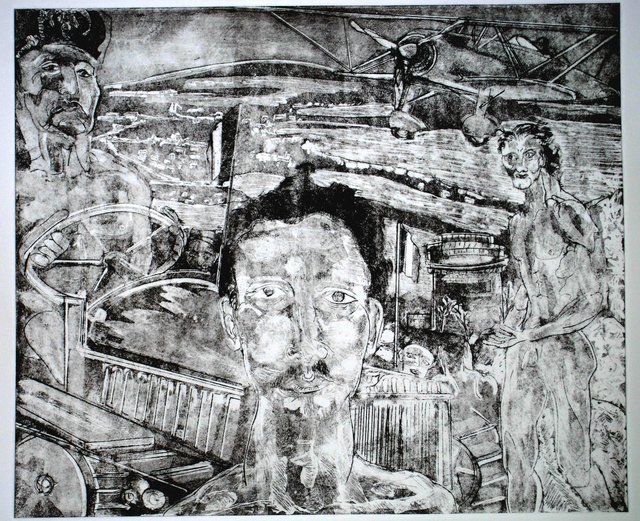 It has to be recognized, if we are to get on, that Mussolini is as much an invented or mythical figure in these cantos as Jefferson, or Van Buren, or indeed as Odysseus. He is just as much transfigured out of history into the poem Pound is making up, and he plays his part there in an ethical drama which may be not at all an accurate fit with the political drama of the era. Pound is not writing Mussolini’s story, or Jefferson’s or Van Buren’s. He is writing, as it will turn out, the epic of the capitalist era, in which the will to social justice, as embodied in a few heroic individuals, must contend against the greed of the wealthy and powerful and the abuleia of the many. It is a story based on real persons and real practices, and its credibility does depend in some degree on its truth to what is commonly known of those persons and practices. Beyond that believability, though, there is another order of reality, that of meanings and values; it is with these that the epic poet is most engaged, and in creating images of what is to be admired or hated he will bend history to his ends.

Mussolini is THE GREAT PEDAGOGUE/ he knows, as none of us have know, how to GET it into people heads, en masse/

I mean he know the rate of speed at which it is possible to translate thought into public action.

this is genius, just as Gaudier’s or Brancusi’s sense of form was and is genius.

Damn it, I have met the man/ there is something bloody fine, something of a sincerity, and a reality that matters. The rest of European public men are scum; or inefectual flapdoodles. Roosevelt hasn’t got it. The years of danger; with the mills bomb on the desk/ all put a he man fibre into it.

He wd/ count in the Texas rangers/.

Dont swallow any of this tin Napoleon stuff.

Declaration of independence for a country surrounded by other countries semi/corrupt, and big gin [gun] sellers, CAN NOT be the same as for a few million blokes scattered over a continent where British police and army can’t get at ’em.

CANTO XXXV [The situation of Austria] 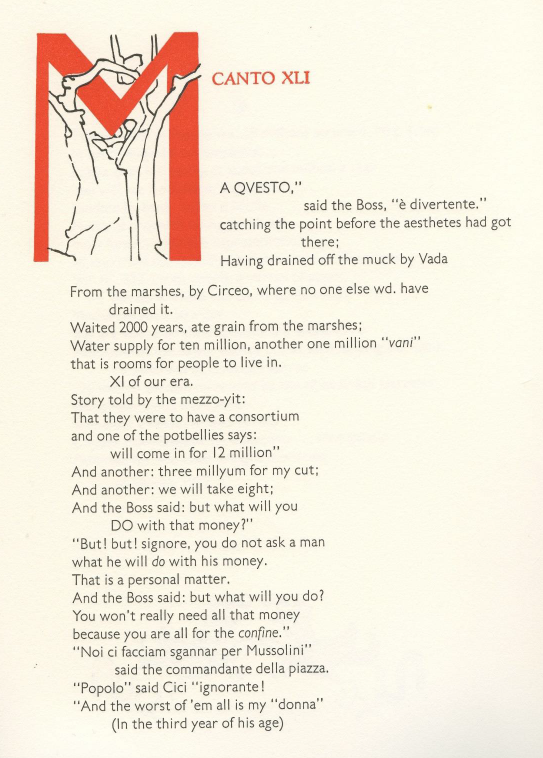 According to the scant information gleaned from the Ezra Pound-Olga Rudge correspondence, the poet started working on canto 41 in August and finished it in the fall of 1933: on 26 October, he reported to Olga that he had sent the text of the Eleven New Cantos to his agent Virginia Rice in New York to be published by Farrar & Rinehart.

Don’t knock Mussolini, at least not until you have weighed up the obstacles and necessities of the time. He will end with Sigismondo and the men of order, not with the pus-sacks and destroyers. I believe that anything human will and understanding of contemporary Italy cd. accomplish, he has done and will continue to do. Details later. Don’t be blinded by theorists and a lying press.

Pluggink along with preparativi for XLI/ tho havent read over the draft of XL, a dunno quite how much it needs to drug it inteh shype.

vurry XXXhausted. recd. both the Brockway guns and Venalité de la Presse/ have oggi [today] extracted 4 pages solid notes toward XLIII or 44/ and more ahead.

Note. Pound had received two important books for his education in the contemporary economics of war: Fenner Brockway. The Bloody Traffic (London: Gollancz, 1933) that he used for canto XLI which he was currently writing, and A. Raffalovitch, L'Abominable Venalité de la Presse (Paris: Libraririe du Travail, 1931).

One of the most valued readers seemed to find the Cantos entertaining; at least that’s what he said after 20 minutes, with accent of relieved surprise, having been brought up to Italian concept of poetry: something oppressive and to be revered.

Skip anything you don’t understand and go on till you pick it up again. All tosh about foreign languages making it difficult. The quotes are all either explained at once by repeat or they are definitely of the things indicated. If reader don’t know what an elephant is, then the word is obscure.

He haz read XI cantos/ of Binbin’s Hell/ and found his Canto XLI, while looking fer a gordam Fin/Savio pogrum that WUZ blue and not yellow, and hung on his wall folded/// an he haz writ hiz article on Frobenius/

Despite your not keeping yr/ promise to send it me, I read yr “Dux” and found it a much better book than you had led me to expect.

Of course there are things about Italy that I do not comprehend, including the newspapers.

There seem to be three epochs:

I. The present, inhabited by DUX ipse, and almost no one else that one hears of, tho’ there must be a staff of aviators and architects.

My own educational campaign continues. I can’t get my Jefferson/ and/or Mussolini published ANYwhere. Communists curse and British Fascists groan (possibly because I can find no points of resemblance between DUX and Moseley/ or his last cabin boy Ld/ Rothermere.)

Note. Margherita Sarfatti was the author of Dux: vita di Mussolini (Milano: Mondadori, 1926). Sarfatti was the Duce's mistress and a powerful cultural figure of the Fascist era. Pound used a few passages from Dux in canto 41 - he thanked her in his letter of October 1934, see below.

Better let the last canto stay NEW for the Book/ unless someone will pay. The 37 and 38 were the ones NEEDED at once.

Your Jefferson M.S. has not been sent me! I dont understand these […] people: I accept or return all M.SS. within 24 hours. These people sit six months on every pot.

And where are your super. high stung observations on Italy? I’ve never seen ’em. Por is here, but I can’t get any sense out of him, - only propaganda for the Corporate State. My death-bed conviction is that sans [Fr. without] National Credit control there aint nothing doing worth more than ants’ attention; it’s all only a re-arrangement within the limits prescribed by the Money Church. And this goes for B.M. as well as for Franklin D.

I’m not setting up to give you advice; but the continuation of your Cantos would give me stimulant satisfaction. Say what you like, I’m the better propagandist.

With submission again, my dear E.P., your Cantos are your greatest contribution to the cause; & if only you could make them the vehicle of your total being, their effect would be that of artillery. Dont argue with me; still less don’t assume I think I’m right. Take it as my sincere opinion.

What about a Canto before F&F publish? Wont do the sales any harm;

Note. Whereas the Eleven New Cantos were just about to be published in the United States in October 1934, the English edition at Faber & Faber was planned for later and came out in 1935. There was thus plenty of time for a periodical publication of a canto in Britain. Pound sent over canto 41, in view of Orage’s request for his opinion on Italy. See Orage’s letter of 6 May 1934 above.

I hope to send you my Cantos 31/41 in a few days. I believe they were published in New York.

If you have patience to read enough of them you will find a few familiar passages, for which my rascally thanks.

of course I’d like to publish this simultaneously with Max’s drawing of you – if he is so good as to do it!

and o’Rage sends proofs of 41/ which he whopes to print wiff a Berbumm karrykachoor/ which Max naturally hasnt done YET.

Berbumm - Max Beerbohm. He did not provide his caricature and the canto was printed in The New English Weekly without it.

Canto 41 published in The New English Weekly on 8 November 1934. 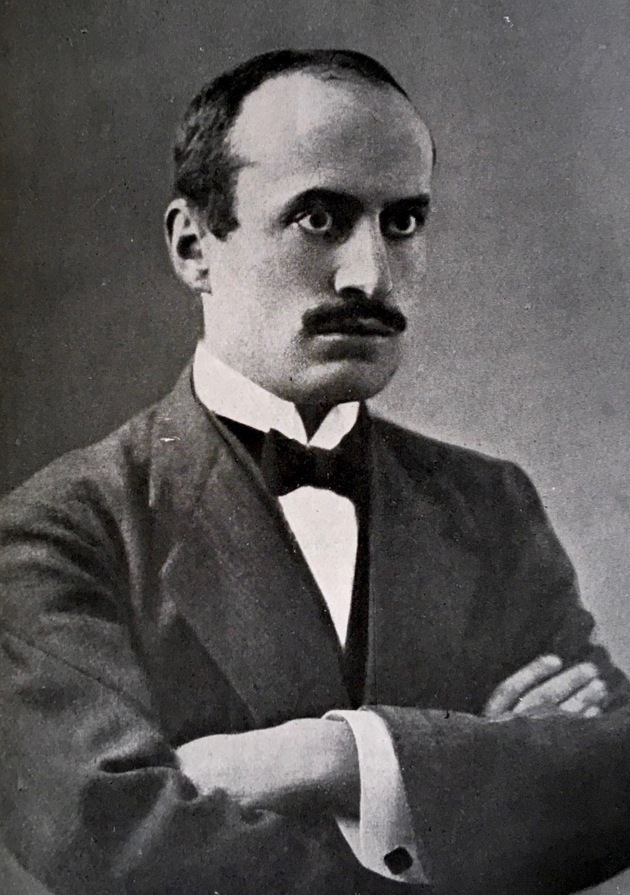