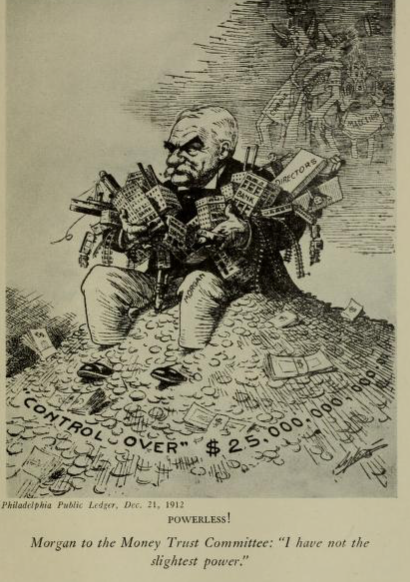 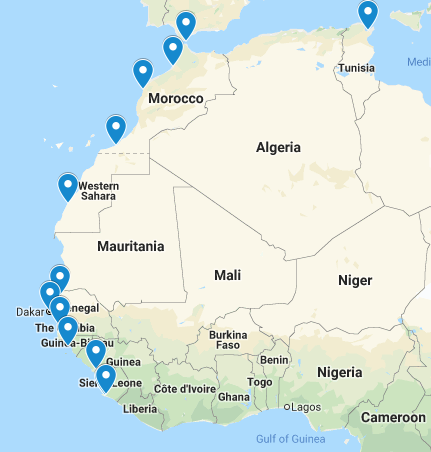 From the War of Secession up to now, the economic history, I might almost say the history of the United States has consisted in a series of stock exchange manoeuvres in New York and Chicago; attempts to impose monopolies, corners, variations in the prices of the shares of new industries and of the means of transportation. In the beginning they speculated on the value of land [...] Then they speculated on the values of the railroads.

Ezra Pound. An Introduction to the Economic Nature of the United States. SP 170.

Victor Bérard discovered that the geography of the Odyssey, grotesque when referred to a map, was minutely accurate according to the Phoenician voyagers’ periploi. The image of successive discoveries breaking upon the consciousness of the voyager is one of Pound’s central themes of the New Learning. The voyage of Odysseus to hell is the matter of Canto I. The first half of Canto XL is a periplum through the financial press; “out of which things seeking an exit,” we take up in the second half  of the Canto the narrative of the Carthagenian Hanno’s voyage of discovery. [...] The periplum, the voyage of discovery among facts, whose tool is the ideogram, is everywhere contrasted with the conventions and artificialities of the bird’s eye view afforded by the map. Forms grow out of data. They are not to be imposed upon data.

Hanno’s periplum has transitional significance for the poet voyager in more ways than one. It is a voyage of colonization and conquest – specifically, of African territory. Not accidentally, it directly introduces the Mussolini Canto, Canto 41. It appears that the long-pursued Italian policy of African colonization, given new impetus under Il  Duce, is here glorified by a classic prototype wherein Hanno too sets up house among the Libyans and attacks the Ethiopians. Of course, the objection here might be raised that since this canto was published  in 1934, Pound could not have known of Mussolini’s conquest of Ethiopia in 1935. The answer is that anyone reading newspapers during the period could easily have foreseen Mussolini’s Ethiopian venture, even though he may not have been able to predict its date.

Daniel Pearlman. The Barb of Time. On the Unity of Ezra Pound’s Cantos. 166.

CANTO XVIII [the state money of Kublai Khan; the greenback]

CANTO XXXVII [from the Bank War to the Federal Reserve; idea of national bank in public ownership; greenbacks as non-usurious state money]

CANTO L [usury and Napoleon; the rise of the Rothschilds; war and the gold market] 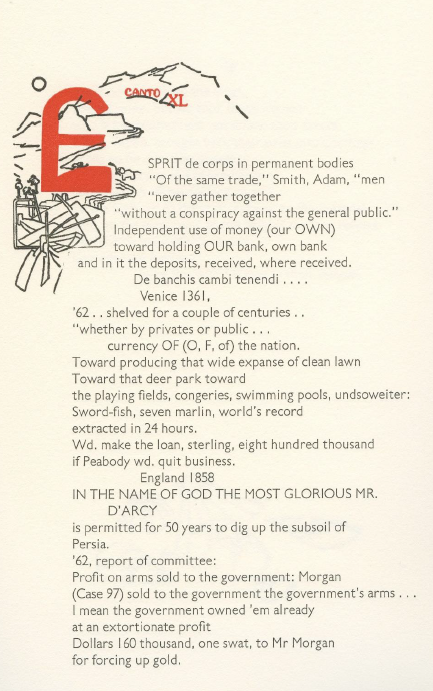 From this short calendar of composition, it emerges that Pound began canto XL in April and finished it by August 1933.

He done what may be anuther 1/2 canto.

He hazza vague idea he has busted the bak of Canto XL. and that the matière is mostly down/ tho needin squeezin.

He hasnt reread it; but thinks the pieces of XL probably make a canto.

Pluggink along with preparativi for XLI/ tho havent read over the draft of XL, a dunno quite how much it needs to drug it inteh shype. 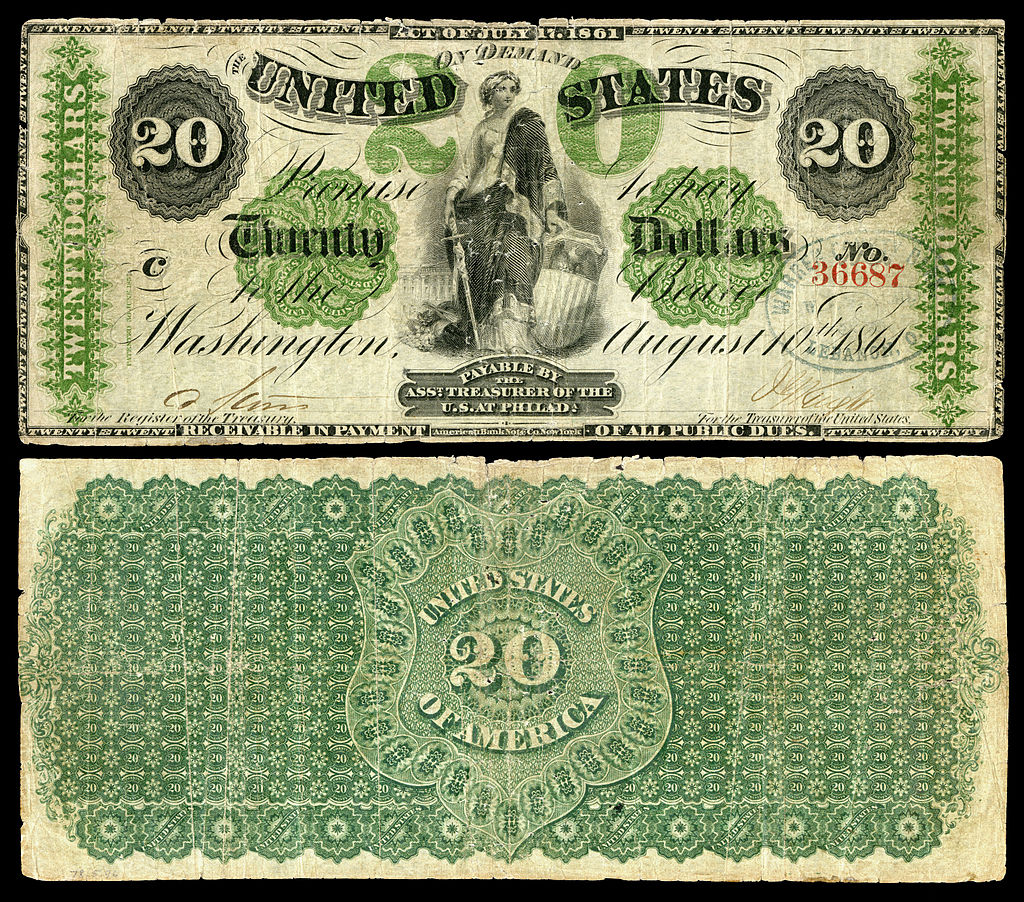