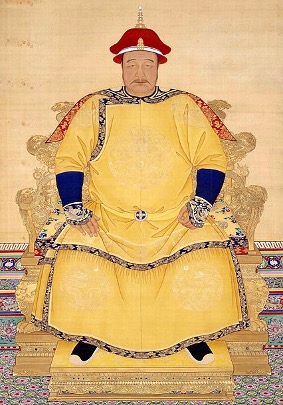 Under the last Ming emperor, with decadence at court and disorder in the state, the hordes on the northern borders were uniting under the Manchu and driving back the Ming armies [...] The Manchu lord might have said that he was destroying China in order to save it, and he did ruthlessly kill and purge its corrupt elements, and impose peace and sound government. So the enemy without overcame the enemy within–the emperor himself and his mandarins being now identified with the latter–and the mandate of heaven to care for the people was assumed by the former barbarian invaders.