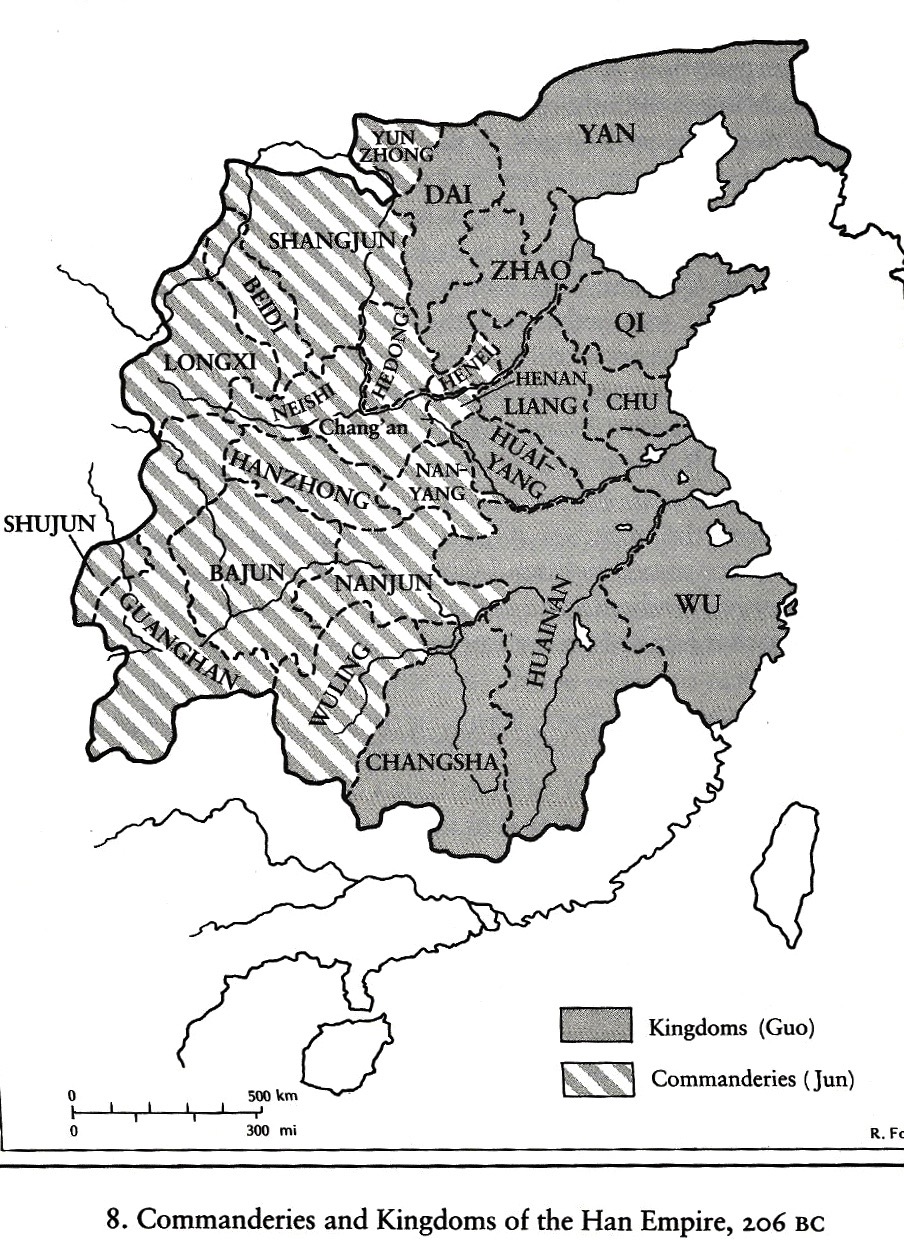 Canto 54 begins with the fall of the Chou dynasty after eight centuries. A new emperor united all China and ‘jacked up astronomy’, but then ‘after 33 years burnt the books’, and his dynasty fell soon after. Then came the Han and an emperor who saw the need to restore the books and the law code and the record of the rites ‘as check on successors’, and who ‘brought calm and abundance’ so that ‘the men in the vaudevilles/ sang of peace and of empire.’ The Han enlightenment lasted over 300 years, and near their end an academy of scholars had the books ‘incised in stone/ 46 tablets set up at the door of the college.’ But by then the emperor ‘was governed by eunuchs,’ there were ‘wars, taxes, oppressions,’ and Taoists and Buddhists were subverting the administrations. The palace eunuchs, and the Taoists and the Buddhists, now figure as the enemy within, enemies even more threatening than the Tartar enemy without, the eunuchs being irresponsible and self-seeking, the Taoists as preferring quietism and private pleasures to public service, and the Buddhists as considering ‘their own welfare only,’ that is, for seeking individual salvation or nirvana while cultivating indifference in the affairs of the world.