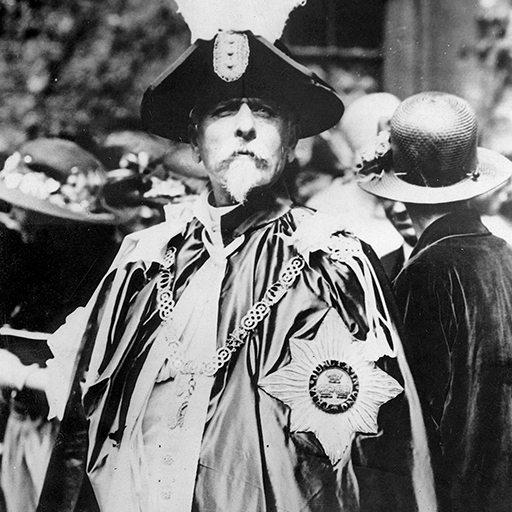 These cantos, which Pound called “Geryon,” were written between June and October 1924. They were composed on the typewriter in Paris, just before Pound moved definitively to Rapallo in the autumn of 1924, and sent as a package to Homer Pound in October. They were both published in This Quarter in 1925, together with canto 17.

Had tea with Editor of the Times, whom I met before he was so large and monumental a figure. Suppose he has had more to do with smash-up of Austria and creation of various ‘younger nations’ than any other man.

The editor of the Times said he wd. be delighted to have my ‘collaboration’. That is an exceedingly urbane phrase which he has picked up on the continent. We agreed that music was the only safe and possible subject I cd. treat without causing riots. But I don't think he had gauged the extent of possible oppositions, at any rate the head of the music dept. is alleged to have fallen ill (probably at the prospect) and nothing has yet happened. I like Steed very much. Also think it no inconsiderable advance that the Times shd. be edited by a man who knows there are countries in Europe not included in Brit. Empire.

He once got a thing of mine into the Lit. Sup. (when he was foreign edtr. not Boss edtr.) but edtr. of said Sup. returned from absence and stopped that little game.

Note: The editor of The Times, Pound is referring to in the two letters above, is Henry Wickham Steed. Pound would use stories that Steed told him in conversation for canto 19. Steed himself printed them in his own autobiography, Through Thirty Years, 1892-1922. A Personal Narrative, which he published in 1924. See Steed’s story: The Czechs and He Sloveny!

Thanks for letter, very interesting and interesting packets re T.C.P. Looks as if he wd. make a canto also paper money, had just summarized Marco Polo’s note on Kublai Khans issue of paper currency.

Note: “In his packets re T.C.P. [Thaddeus Coleman Pound] Homer had enclosed ‘a piece of scrip’, the paper money issued by his father’s lumber company and valid only in the company store. ‘The town was flooded with it at one time’, he wrote, ‘and it was finally decided that it was not legal and State outlawed it I understand.’ Pound would frequently refer to this company scrip as evidence that different forms of money were possible. Canto 18 begins with Pound’s summary account of Kublai Khan’s currency” (Moody L/HP 535).

Have shaped up some more cantos; and sent you carbons of two that are more or less finished.

As you say U.S. presidents do not present ALL the features required for the full mind. Am using a bit of Jefferson in the XX or thereabouts.

Have send Dad two cantos; and done more, not yet in shape to send. Am, as I possibly wrote him, ready for another long chunk; and trying to find some bhloomin historic character who can be used as illustration of intelligent constructivity. Private life being another requisite. S[igismundo]. M[alatesta]. amply possessed of both; but other figures being often fatally deficient.

As to cantos 18-19; there aint no key. Simplest parallel, I can give is radio where you tell who is talking by the noise they make. If your copies are properly punctuated they shd. show where each voice begins and ends. It is NOT a radio.

You hear various people letting cats out of bags at maximum speed. Armaments, finance etc. A ‘great editor’ at least edt. of the woilds best known news sheet, a president of a new nation, or one then in the making, a salesman of battleships, etc. with bits of biography of a distinguished financier, etc.

mostly things you ‘oughtn’t to know’, not if you are to be a good quiet citizen. That’s all.

Who made the bloody war? The cantos belong rather to the hell section of the poem; though I am not sorting it out I the Dantescan manner, cantos I-33 hell, next 33 purgatory, and next 33 paradise.

Am leaving the reader, in most cases, to infer what he is getting. Though re/ two cantos there will be a very narrow margin for error. as you will see, I think, from the book.

My American publishers do not exist. It becomes more and more evident that the American publisher must be left out of one's calculations. Likewise English and henglish publishers. There may some day be a cheaper continental edition. One hopes that the Three Mts. and McAlmon's press in Paris will lead to some more general system of printing over here. At least I have suggested the matter. I do not, personally, intend to devote much energy to it; and as I see things at present, I shall never again take any steps whatever to arrange publication of any of my work in either England or America. Tant pis pour les indigenes. They will have to cure their own sores and spew out their idols.

There will be a public copy of the XVI in the Malatestiana at Cesena, if Dazzi consents to house it for me. Dad has typescript of XVIII and XIX, but I do not want them commented on, yet. ETC.

Sample pages of the Cantos, binding, etc. are being exhibited in the rue de l Odeon. I think I sent dad a notice. Am continuing labour on further chunks of the opus.

Deer Bull: If you will go thru the archives of the late Mme Rosen, o.b.e., I think you will find a Xtrak from the fascist organ of Rimini stating that the opus is a CAPOLAVORO magnifico.

It was carried thru the village, not on a triumphal ox-cart draped with scarlet, but at any rate with due order by il Commandante. (I declined to see the sindaco, but expressed no unwillingness that he shd. gaze on the edition.)

Marchetti stated that he had shown my poem "anche a Domini Deo".

The copy was placed in the Malatestiana at Cesena by my own honourable hands with fitting inscription, and various of the studiosi were later assembled (in my absence) and those who cdn't stumble thru English 'ad it hexplained. Dazzi very much surprised when I said Hell cantos wd. not travel thru American post. (That shows what a proper Dantescan education will do for a man. He said no modem Eyetalian wd. have the guts to do' em. That they were of a vigore propriamente americano.)

They really need the GERYON to elucidate 'em. I read Dazzi the Sidg., the Hell and the new typescript (Geryon) XVIII and XIX (which you may sho'tly see).

Those are just the simple facts (cantos 18, 19) wot have taken me a number of years to collect.

And all of ’em by word of mouth or from original actors. Carranza, Massarich, Griffiths, the edtr. of the Times, the owner of Vicars.

Baymont is Lamont of Morgans. Benkensdorf, Griffeths Mensdorf, & unknowns, but perfectly real people; the ones that happened to be THERE.

Dont talk to me about satire. This is how it is. What you read in the papers is what you are supposed to believe. Only trouble is that the FACTS are so damn hard to get at.

You understand the NAMES dont matter; what I am trying to give is the STATE of rascality and wangle. <not the “news”>

Note: “Cantos 17, 18 and 19 had appeared in This Quarter, and Homer had commented, ‘I readily see that the 18th is a satire on our times’. The names which ‘don’t matter’ relate to canto 19: Venustiano Carranza (1859-1920) was a leader of the 1913-1915 Mexican revolution; Massarich is Tómaš Masaryk (1850-1937), philosopher statesman and first president of the Czech-Slovak republic- referrred to as the old kindly professor in the canto; Arthur Griffith – referred to as ‘the stubby little man’- was a Sinn Fein leader; the editor of The Times at the time in question was Henry Wickham Steed; the owner of Vickers the armaments manufacturers was Sir basil Zaharoff (1849?-1933), referred to in canto 18 as ‘Zenos Metevsky’; Thomas Lamont (1870-1948) was a junior partner in J. P. Morgan & Co; Count Albert on Mensdorff-Pouilly-Dietrichstein (1861-1945), referred to in canto 19 as ‘Wurmsdorf’ had been Austro-Hungarian ambassador in London, 1904-14. ‘Mac’ is Robert McAlmon” (Moody L/HP 592).

She had roused up Bunting, & he had written her lots of information on “Geryon”

Nancy Cunard has taken over Bill B’s printing press, also wants to continue printing. Expecting our illustratess or capitalistress in a week or so. [Gladys Hynes].

Metevsky is definitely Zaharoff, so far as the facts could be ascertained at the time – none of them contradicted since. Tho of course he stands for a type and a state of mind; and an error in detail wdn’t invalidate him. 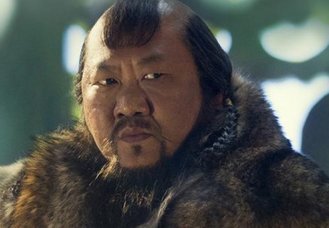