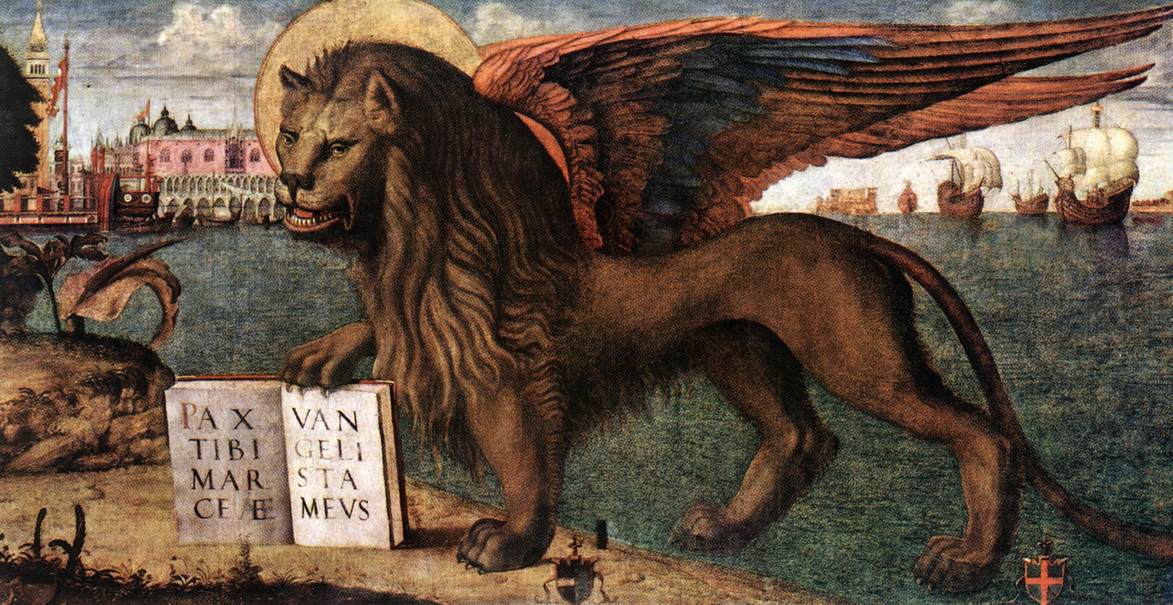 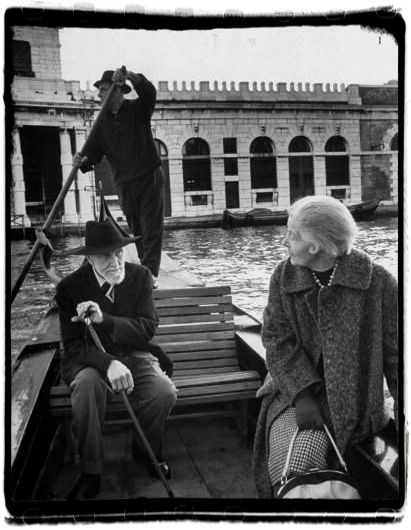 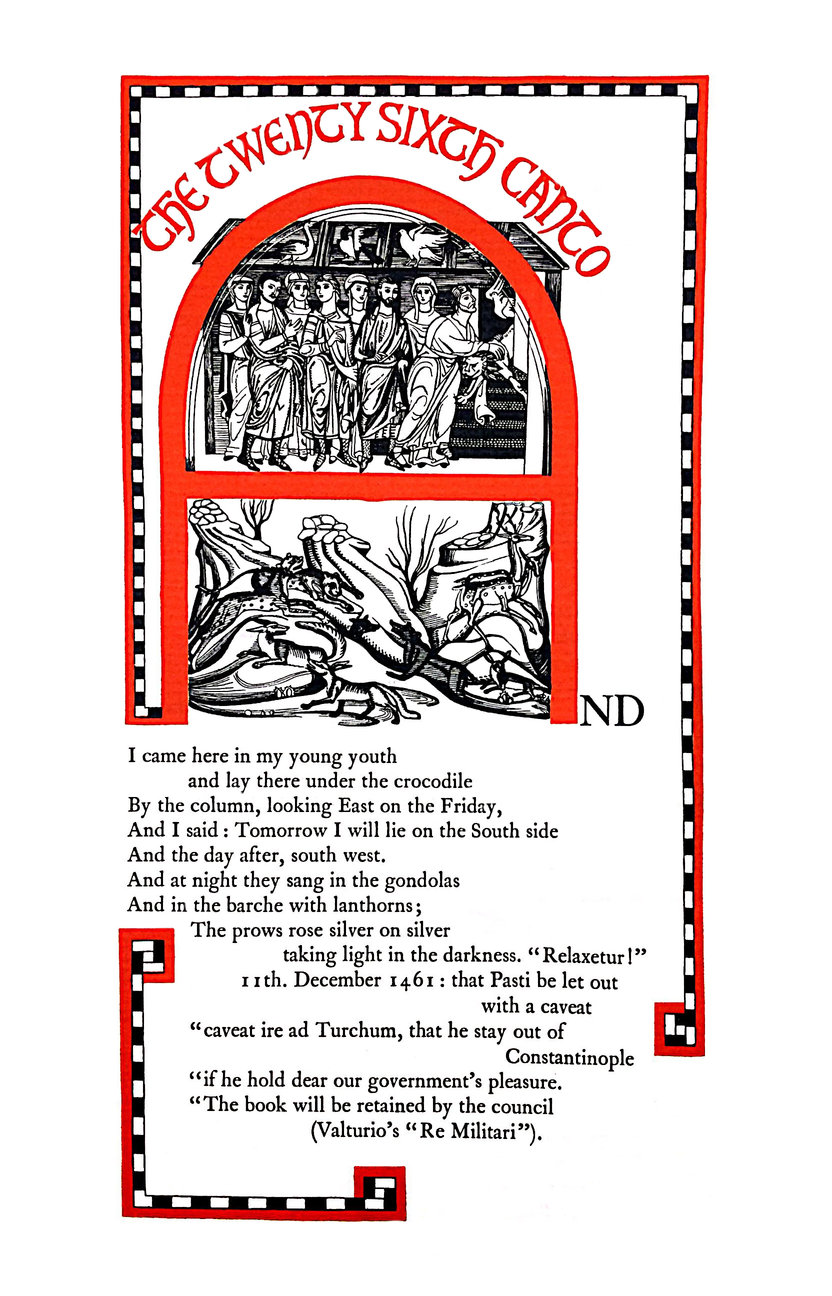 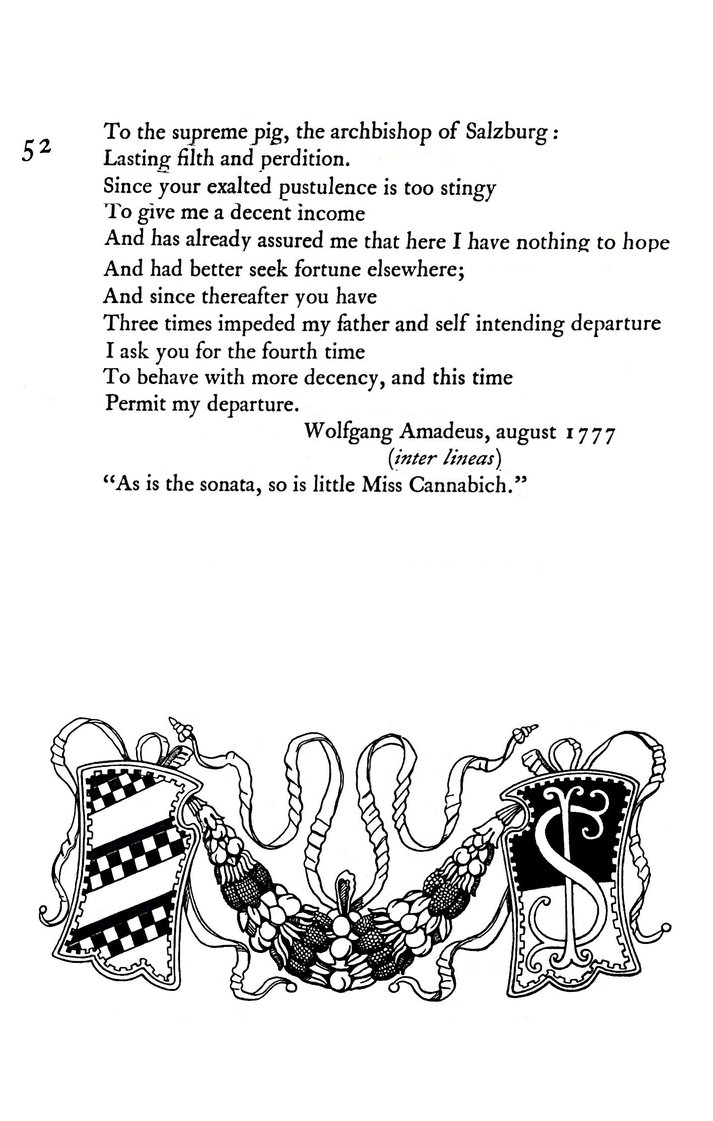 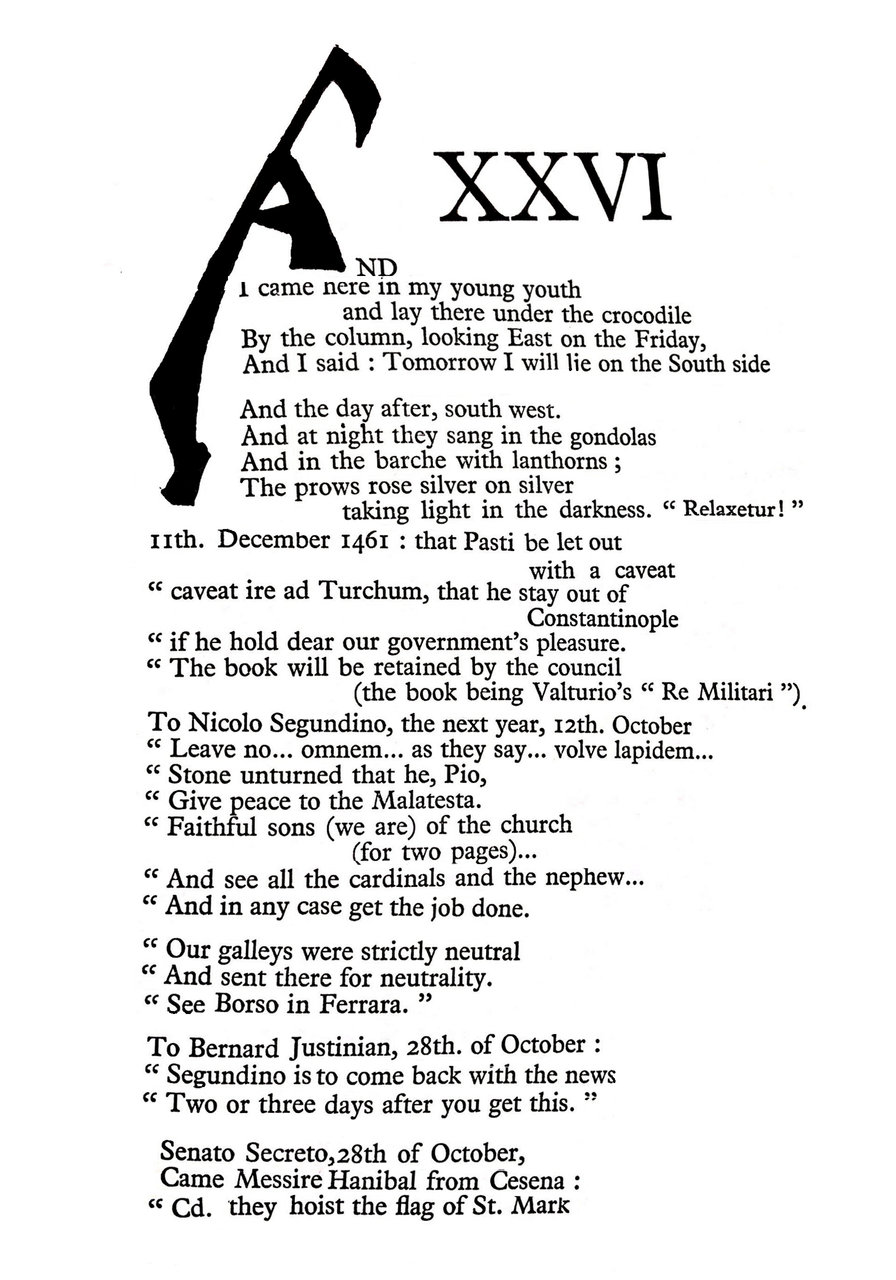 According to the calendar, after a period of inactivity, but mulling over a new canto from April to June, Pound drafted canto XXVI in Venice, in the first eight days of June 1927.

Suppose if I got started on another canto, or hadn’t forgotten all the moozik I learned last summer I might feel better. At present I’m feeling inactive.

He xtends his sympathies. Very busy. 2 libraries, resting rump this am, as seats are hard.

[…] will feel freer when I get canto XXVI off my chest. At present it is all undigested burning swelling the in’ards.

Dazzi interested in giardino = yesterday some bookseller had sent in a book on the garden by F. Eden with two photos of another and 3 dachs.[?] also charming old wood cuts of Bacchus and panthers.

Re the damn caps

Make John take Gladys to Brit Museum (unless O.S. has the Eden Book on the garden.

He has done one canto & got idea for another. Bunch of Grigioni documents re medicos in Quattrocento to go with one I have had a long time & that don’t fit anything else.

Olivia has Eden book – so I’ll arrange with John and Gladys Haynes to see it… will write john immediately.

Great deal to do here. 3 libraries. Am supposed to have finished Canto XXVI – so Rodker will have it in time for the new vol.

She had roused up Bunting, & he had written her lots of information on “Geryon” -

I you’d read Pisanello’s letter (vide Canto XXVI) and then look at some Pisanello medals or frescoes you wd. be able to work out my opinion of Mr. Gill on the subjekk of hosses. 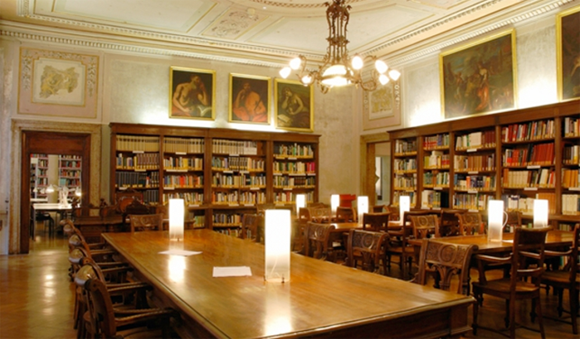 ARTICLES IN JOURNALS AND COLECTIONS