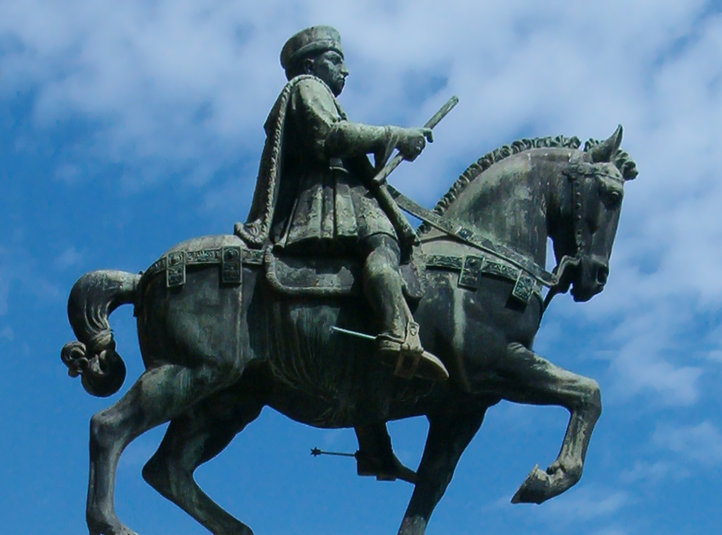 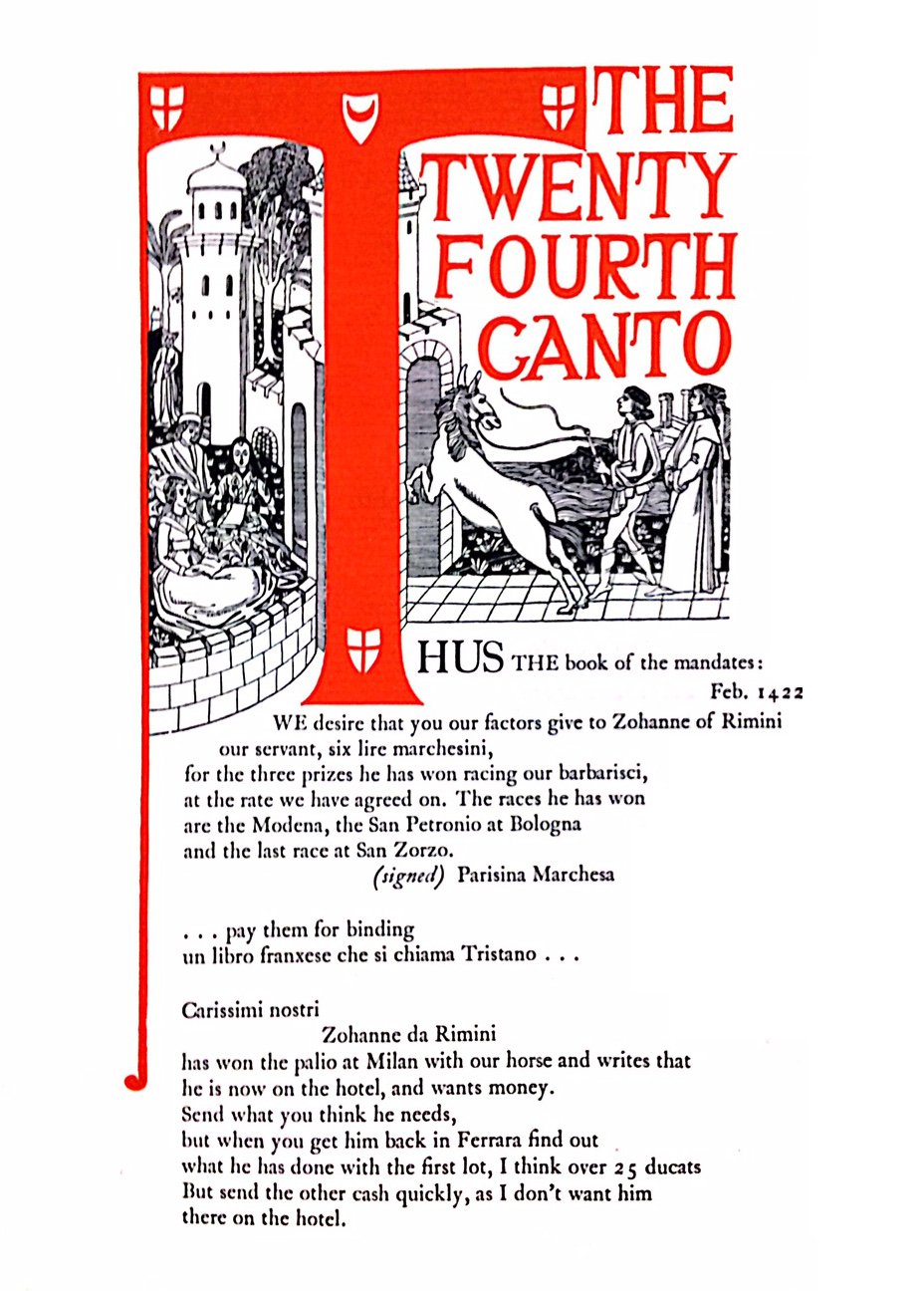 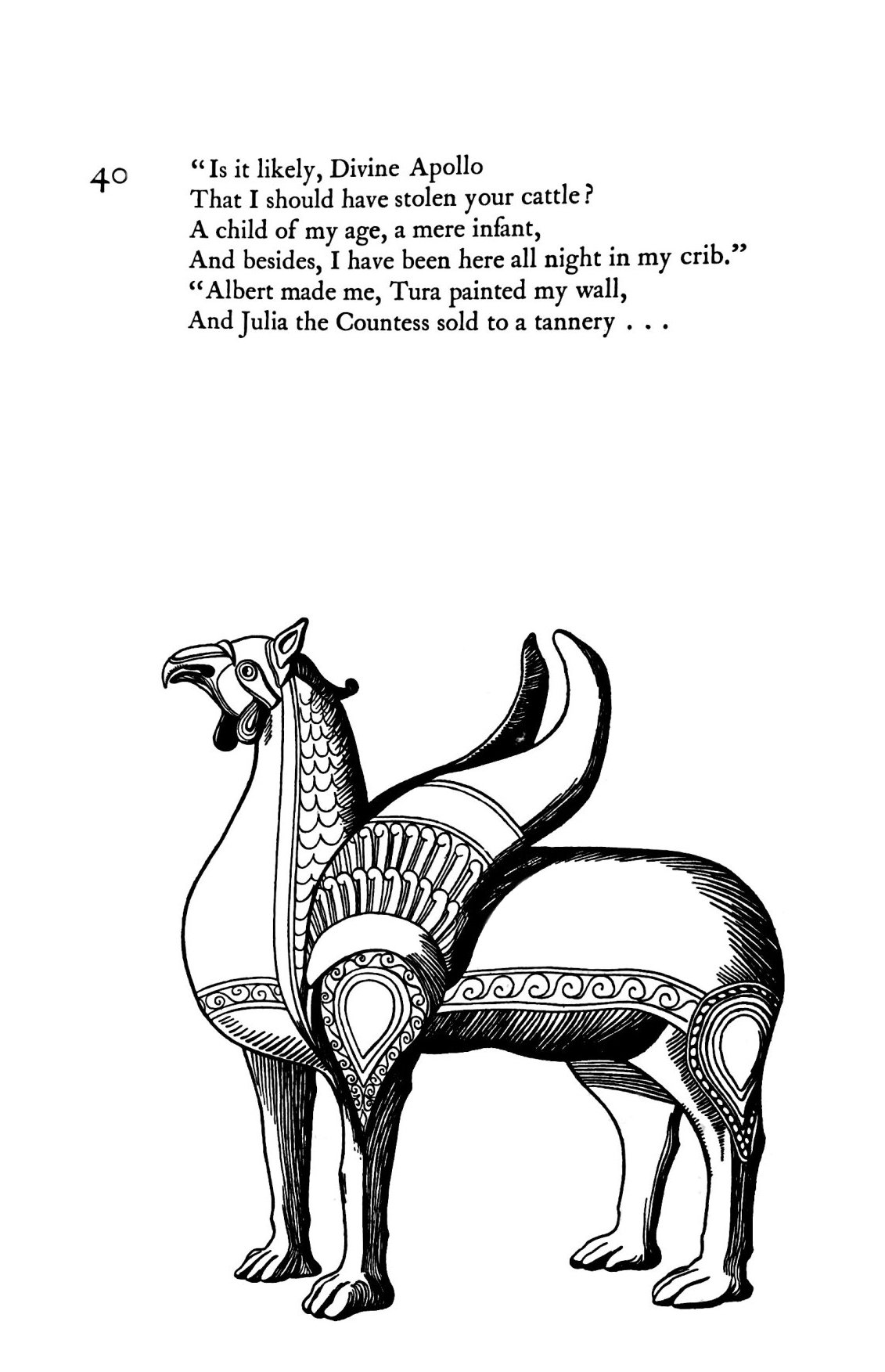 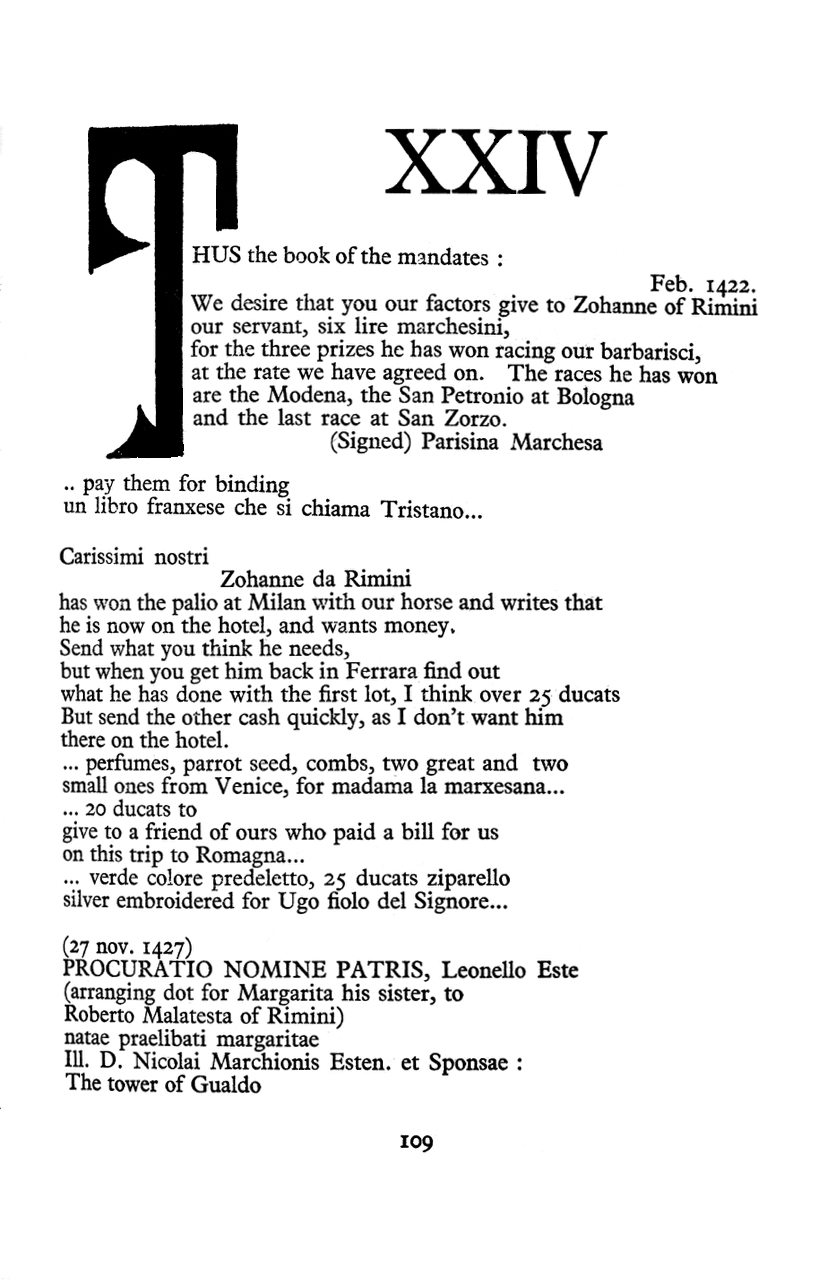 The letters below give a fair idea of the time of research and composition of canto XXIV, between October 1925 and April 1926. As a method of composition, this canto has a great deal in common with the Malatesta Cantos: research in the archives, trip to see the lay of the land in the Este domains, and combining information from books with documents found in the archive.

The canto was not published in periodicals and was printed in A Draft of the Cantos 17-27 for the first time in 1928.

Fortnight of excursions. The Sayres motored me down most of the way to Florence, where I looked into archivio. [...]

Mrs S[hakespear]. due on Thursday next, or rather she goes through and D[orothy Pound]. gets into same train, and they go to Perugia for fortnight while I go to Modena for a bit of a job. Stopping off in Milan.

Note: The archive of the Este family is housed in Modena.

thanks for photos. etc.

going back in a week

Venice in Oct - something new

Back to the keyboard. Venice rather different in Oct. Looked at Este, and the hills thurabats, dont think I shall shift to that side of Italy, though I like it very much, conveniences for habitation not so plentiful.

Have now four more canti on the way, (beyond the three that are supposed to be in press for T. Quart.)

Have grub up some material on last trip, and have a case of book comin from Venice, etc.

Have got new raccogliatore for notes, as canti XXII to XXIII are about finished and need holder to themselves. Am going on to XXIV etc.

Ploughing thru mass of books collected on last trip. ETc. 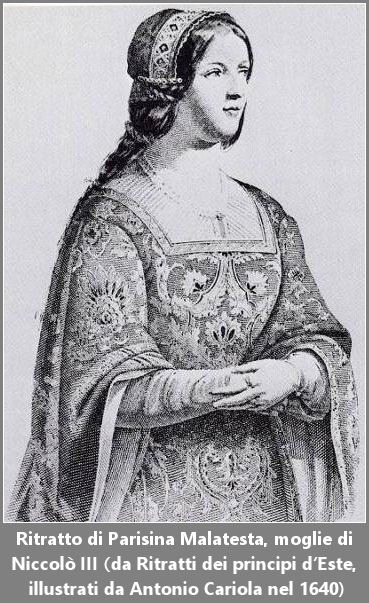