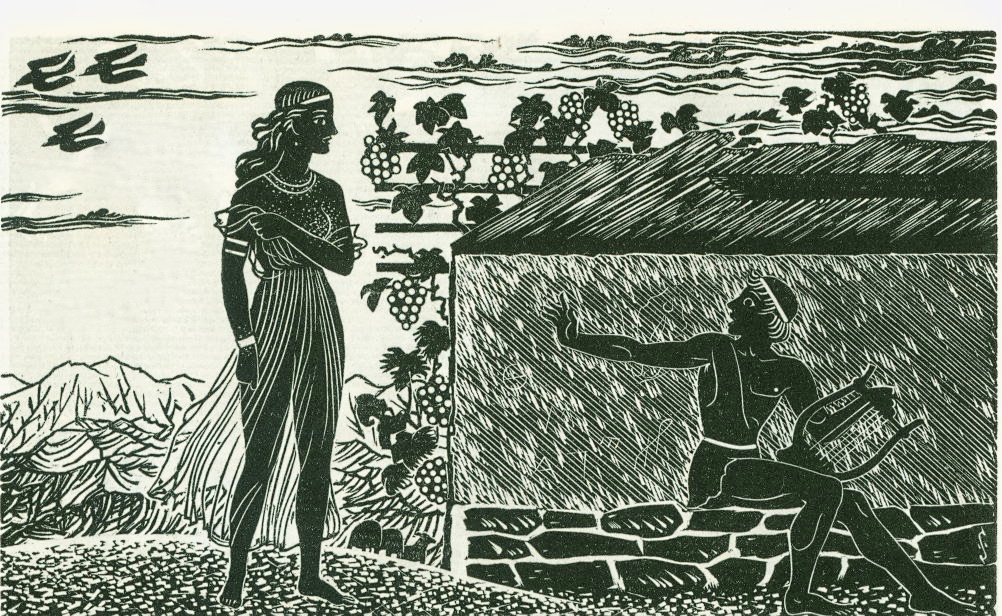 "King Otreus, of Phrygia/ That king is my father."

I mean or imply that certain truth exists. Certain colours exist in nature though great painters have striven vainly, and though the colour film is not yet perfected. Truth is not un­true’d by reason of our failing to fix it on paper. Certain objects are communicable to a man or woman only “with proper lighting”, they are perceptible in our own minds only with proper “lighting”, fitfully and by instants. 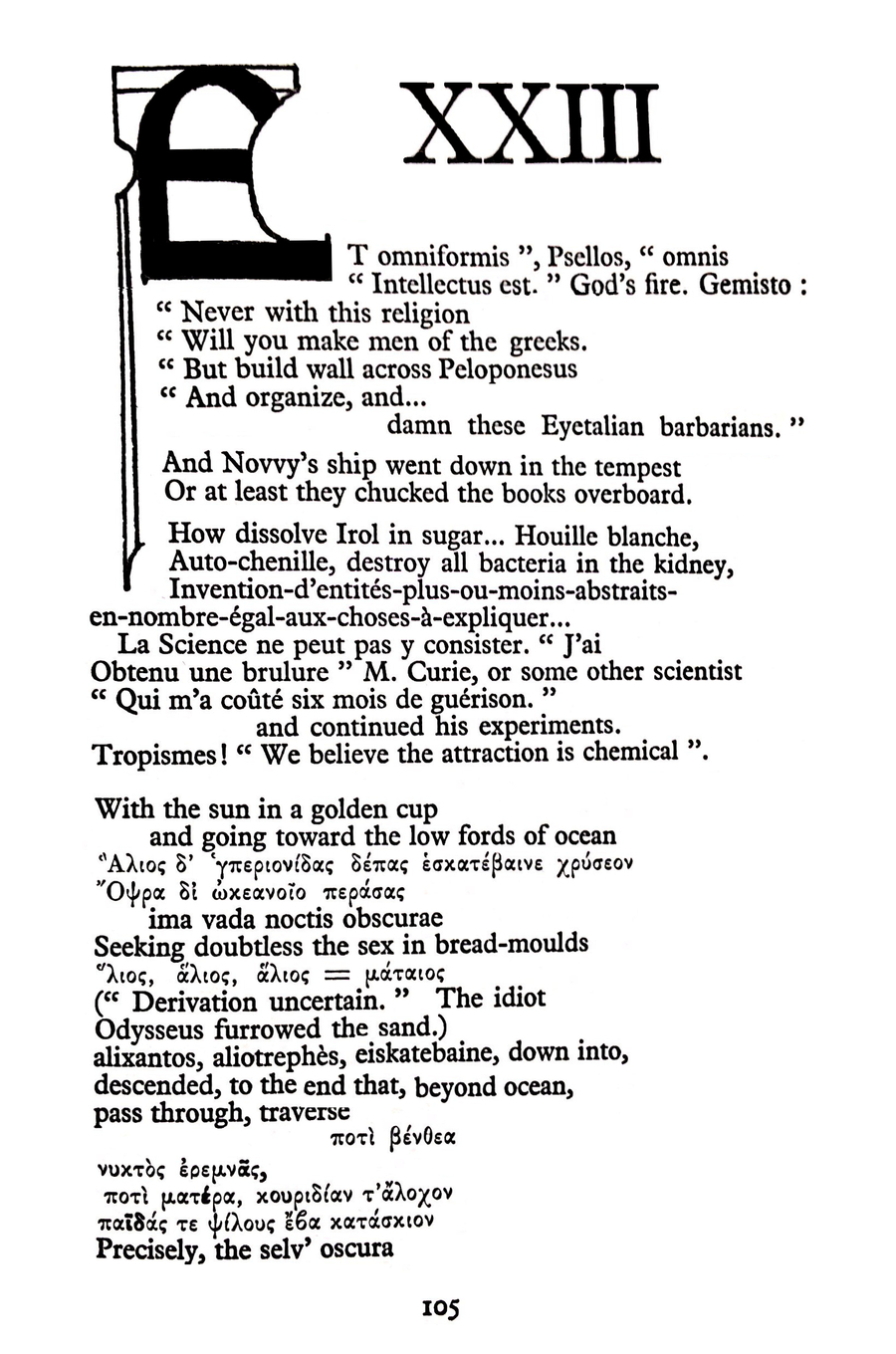 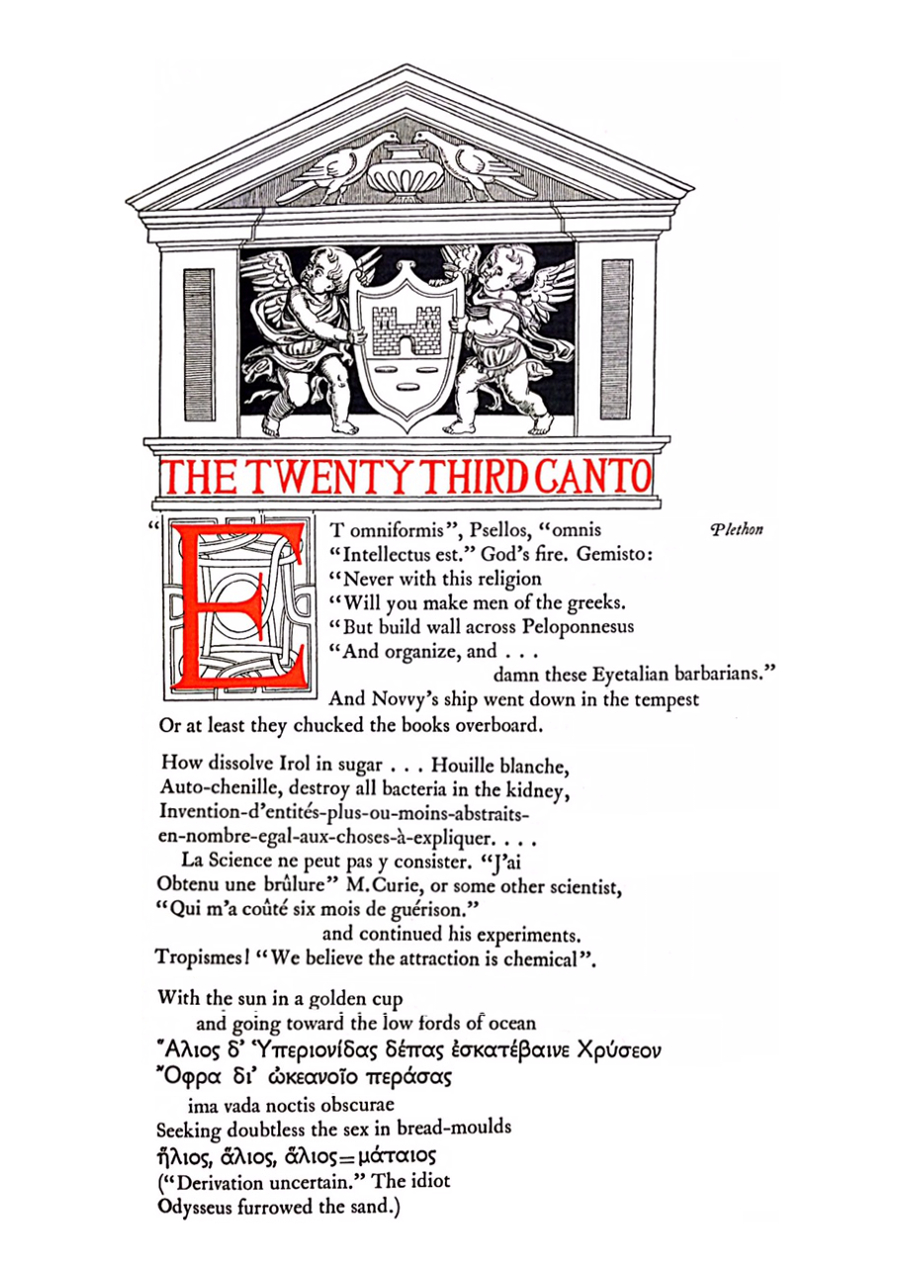 Pound indicated in a letter to his mother in October 1924 that he had been studying some Greek, which points to the presence of the Greek poet Stesichorus in the canto. In March 1925, Pound wrote to his father that he had completed seven cantos (17-23). The drafts show that Pound remodelled the end of the canto, probably from March to October 1925.

Pound published a part of canto XXIII in his own magazine Exile (no.3 Spring 1928). Assuming that the beginning of the poem is too obscure, he started his excerpt from line 12: “precisely: the selv’ oscura.”

Have been through the last part of Dante’s hell; and acquired a little more greek during the past fortnight; real comforts of idleness, after the hurley-burley or hurloo-boorloo of Paris.

Have now four more canti on the way, (beyond the three that are supposed to be in press for T. Quart.)

Note: The cantos in press for This Quarter were numbers XVII-XIX.

Have got new raccogliatore for notes, as canti XXII to XXIII are about finished and need holder to themselves. Am going on to XXIV etc.

Proofs of the T. Quarter recd.

I am plugging along about Canto XXIII; XVII-XIX are about to appear in a quarterly; Bird hopes to start printing something next winter, but hardly another vol. of Cantos.

Pussn’ly I think my opera nearly as good as the Cantos, though NOT fer anyone’s pyanny. Also my opinion on litterchure is more valuable than my opinion on moosik.

Have had 3 canti to correct in proofs. 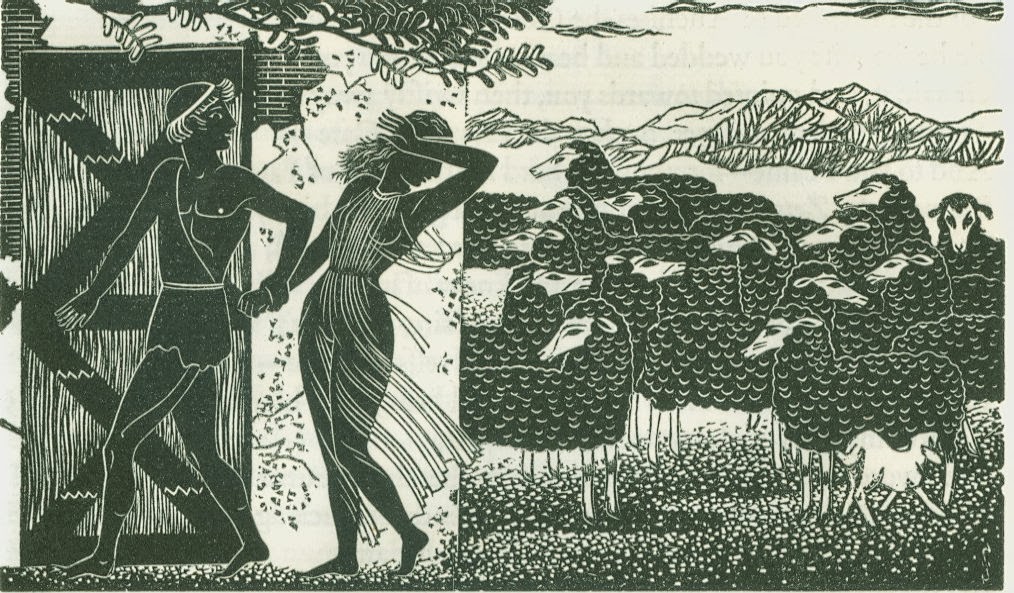