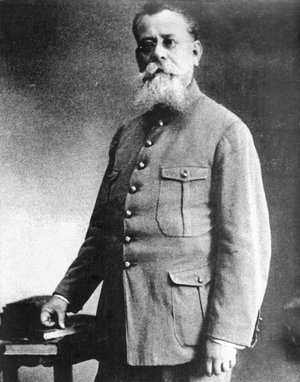 Carranza was a mute executive, unemotional, unsentimental, hard. There was no compromise in him. All that he knew, however, was political history and his own experience. He acted on that.

He ordered up a railroad train, loaded his government on it, and went travelling all over Mexico. The stated and apparent purpose of this government on wheels was to enable the Jefe to see and be seen by the people and so establish communication with them. And he did indeed make speeches at each stop, and he listened to the wishes of the people. But that was not his sole purpose, as he told me one day.

He had invited me to the train as a correspondent, and I was with him throughout his whole month-long journey.

One day the train stopped for lack of fuel for the engine, and Carranza came up to the constitutional committee in a rage. “What do you think of a situation,” he demanded, “where, in an oil country like Mexico, the government cannot get enough oil to keep its own train moving? What can we do? You ought to be able to tell us that,” he blazed at me.

I was startled, but I answered quietly, “Maybe I can. Have you a map of the oil regions?”

He changed his aspect. He was evidently curious. He called for the Tampico map, and I traced the line of a road. “What’s that?” I asked.

“And this?” I pointed to other lines on the map. “And this? And this?”

“Well,” I said, “they go right over the oil fields. You could sink wells in them, and they’d be on your property; the oil would be your own government fuel.”

Carranza stood there eyeing me a moment; then he said: “Right. At once.” And he ordered an officer to take an engine and go and start drilling for oil. But I stopped him.

“One moment, Jefe,” I said. “You won’t have to drill. The oil men will see what you are up to, and the will offer you all the oil you want if you will stop boring.”

The officer sent on the engine came back with oil and the assurance of all the oil that Mexico might need thereafter. Carranza, impressed, took me into his room, and we talked about taxes and constitutions. We studied the old Mexican constitution which had kept one principle in the old royal Spanish charter that is wiser economically than any property principle in American or English law. A land grant gave the surface, the soil, to the farmer or rancher homesteader, but the title did not carry the ownership of what was underground. If gold, silver, coal – if any mineral deposits were discovered, they belonged to the crown and later to the Republic. Mining claims, then, did not go to the farmer, but had to be granted separately, and the state kept the lion’s share. I advised Carranza to retain this law in principle, and I advised him also to tax back the land and the mines—all national resources—at their full rental value.