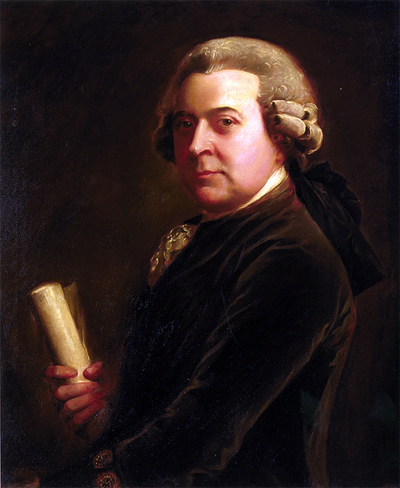 The tragedy of the U.S.A. over 160 years is the decline of Adamses. More and more we cd., if we examined events, see that John Adams had the corrective for Jefferson.

Comes now 1938 and I point out to one of our most brilliant American publishers that you can get Marx, Lenin, Trotsky, and Stalin, all of them exotics, for 10 cents or a quarter a volume, and that no American can buy the best of J. Adams, Jefferson, and Van Buren at any price; or maybe he can dig up an uncirculated publication of the Historical Association at three dollars. All of these guys were 100% U.S.A.-ers.

“But,” says the publisher, “Nobody would be interested in what they said. Now if you were to write out exactly the same words as your own, I think we could sell it.”

In Europe you couldn’t. Some bloke like Francis Picabia, or some librarian like Manlio Dazzi would call it. The former would say something bright and snappy about: Who discovered the moon. And the latter would with chapter and verse observe that Marco Polo, or Bacon, or as the case were, Mr. Adams, had on the 3rd of January, 1803, written to Mr. Whoosis a letter containing on page three, lines 9 to 14, the remarks used by .....

There is a five-part overall structure deriving from the arrangement of the Works of John Adams.

Note on colours in the table above: green - link to the poem; orange: inactive link.