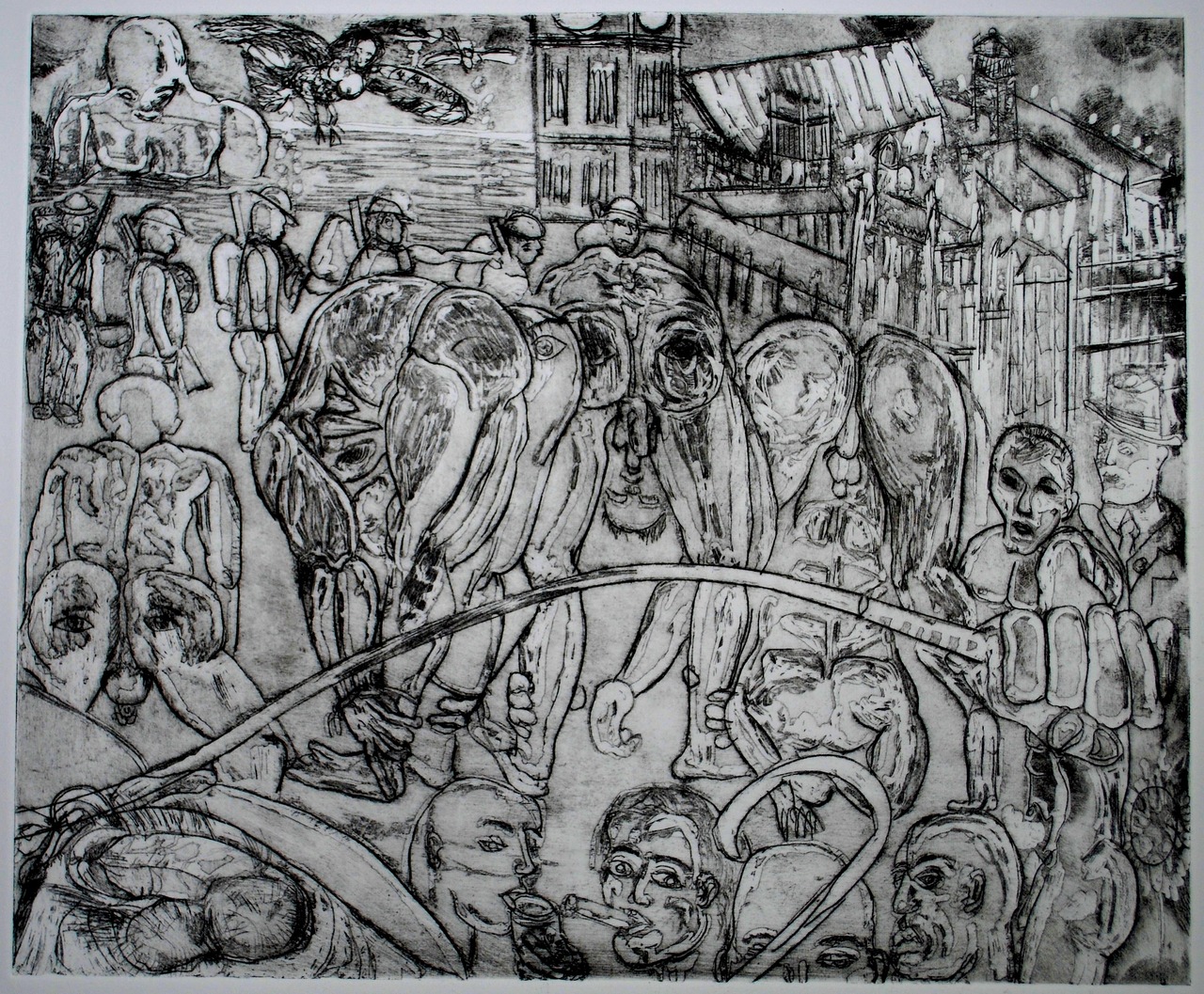 If Canto 14 is like the Inferno in some ways, it is unlike it in others. Dante’s hell is vast, varied, and not “without dignity, without tragedy.” Dante’s pilgrim is moved at times to contempt, at times to compassion, as he meets with individuals, personalities, a wider range than in either Purgatory or Paradise. The most intense suffering reserved for Dante’s damned is something Pound denies his: awareness of the state to which they have brought themselves. The souls Dante meets still seek news from home and beg him to bring back messages to the living. Pound has deliberately stripped his minihell of all but a grotesque pantomime of humanity. [...]

It is clear to us that the denizens of Canto 14 are suffering, or should be. They are unaware of it; their hell is a world they make and take for granted. What suffering they know is the same they would have had back at the office. They howl, not in physical or spiritual pain, but in frustration. [...] In hell, they go about their normal business, addressing crowds, running printing presses, preaching sermons, obscuring texts that might reveal uncomfortable truths. The awareness of the stink, the rot, the shit dripping through the air is all the poet’s and ours.