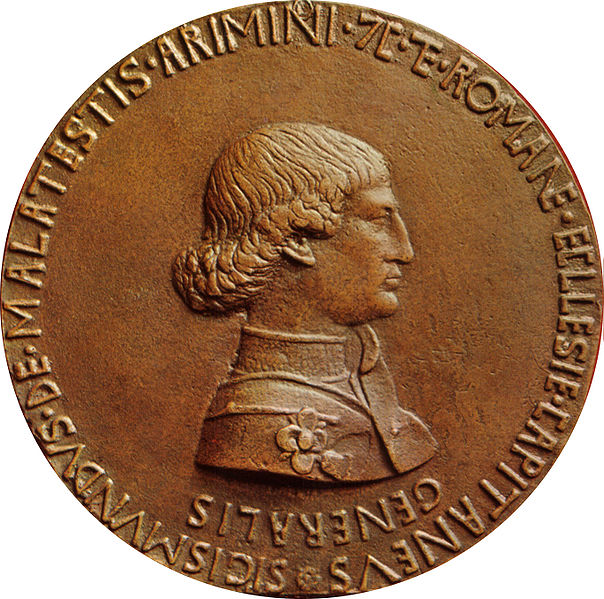 The Malatesta Cantos are best seen as a tetralogy, or a play in three acts with a prologue. The sequence has a preamble (canto VIII), followed by three cantos in which Pound chronicles Sigismondo Malatesta’s life from his teens, when he takes over the signoria of Rimini in 1432, to the time just before his death in 1468. The overall story reveals an arch going from a narration of events in canto IX to a climax in X and denouement in XI.

Canto VIII is an introduction, giving us snapshots of Sigismondo’s roles and activities in the manner of a cubist portrait. Unlike the cantos that follow, VIII is neither chronologically arranged, nor narrative. It nevertheless tells the reader why Pound considers Sigismondo to be important, by presenting him as a man of the Renaissance: a warrior first, but lord of Rimini, patron of artists, builder, and poet. Though Sigismondo had only a small dominion, he participated in all the wars, alliances, conferences, festivities, and art production of his time. More than anything else, the remodeling of the Gothic church dedicated to St Francis in Rimini into what is now called the Tempio Malatestiano was what marked Sigismondo off in comparison with his contemporaries. The remodeling was made by Leon Battista Alberti in Roman style at a time when the classical revival, Latin as well as Hellenic, was just starting. Sigismondo, in his small town, was among the first to respond to its signals, before Pope Nicholas V employed Valla in Rome, Lodovico Gonzaga hired Andrea Mantegna in Mantua, or even Cosimo de Medici entrusted Ficino with translations from Greek into Latin in Florence. It is Sigismondo’s intelligence, his quality of being fully alive and responsive to the new, as well as the variety of his interests and roles that are the subject of canto VIII.

Cantos IX-XI are significantly different from Canto VIII in method of composition. They are a (pseudo)-chronicle told in a limited point of view favorable to Sigismondo. Each canto retells a period of his life: each follows the other as the link of a chain, by throwing an anchor to an event told in the preceding canto.

They recount Sigismondo’s struggle with adversity: lack of funds, enemies, betrayal of his allies, greed of the popes. It is in the teeth of this universal negativity, and building on only occasional success that Sigismondo manages to push his constructive effort forward. Canto IX tells of his most productive youthful period. 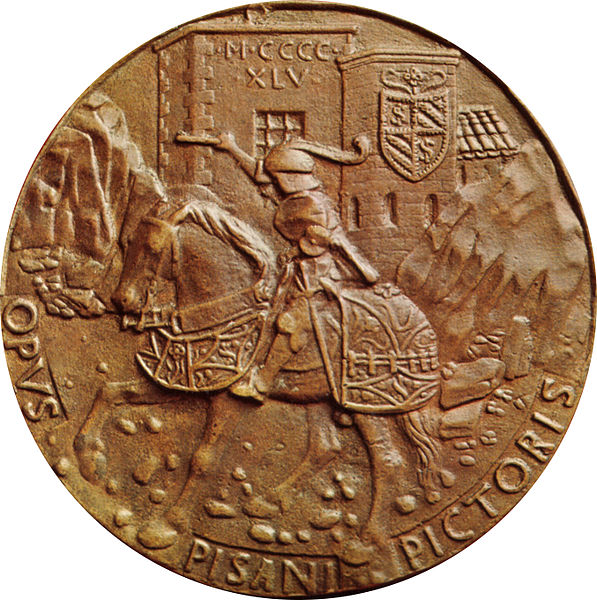 At the time of the Sorano siege in 1454, when the canto ends, Sigismondo is 37. Yet the mistakes are made and the seeds of his future are already sown. Canto X intensifies the tale by presenting the climax of misfortune: Pope Pius's hate and contempt, the slander in Benzi’s oration, and Sigismondo’s excommunication and burning in effigy. Canto XI is the unravelling of Sigismondo’s life after his defeat at the hands of Pius and his old enemy, Federico da Montefeltro.

Pound refuses to dwell on failure and make Sigismondo’s life a tragedy – at all times he emphasizes the positive, even the personal side of Malatesta. Each canto ends on an upbeat personal note: the crossing of a river at night; a bunch of letters from home; a speech to his troops before a victory; and a playful contract with a friend.