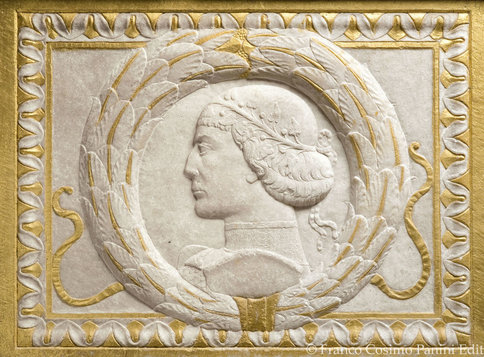 In a Europe not YET rotted by usury, but outside the then system, and pretty much against the power that was, and in any case without great material resources, Sigismundo cut his notch. He registered a state of mind, of sensibility, of all-roundness and awareness.

He had a little of the best there in Rimini. He had per­haps Zuan Bellin’s best bit of painting. He had all he cd. get of Pier della Francesca. Federigo Urbino was his Amy Lowell, Federigo with more wealth got the seconds. The Tempio was stopped by a fluke? or Sigismundo had the flair when to stop it? You get civilization in the seals. I mean it was carried down and out into details. The little wafer of wax between the sheets of letter paper in Modena is, culturally, level with the Medallions. The Young Salustio is there in the wax as Isotta and Sigis­mundo in the bronze discs of Pisanello. Intaglio existed. Painting existed. The medal has never been higher. All that a single man could, Malatesta managed against the current of power. 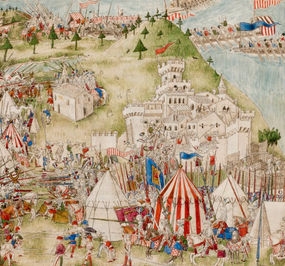 Canto IX takes up the story of Sigismondo’s life that had been begun at the end of canto VIII and chronicles significant events of his life from 1431 to 1454. This is the most constructive and successful time of Malatesta’s life, in which in spite of human aggression and natural disaster, he succeeds in most of his projects. He is knighted by Emperor Sigismund, he builds his castle (La Rocca of Rimini, or Castle Sismondo), his natural sons, Roberto and Sallustio are made legitimate by the pope, he meets the love of his life Isotta degli Atti, and he starts building his Tempio.

The canto also reviews events which tarnish his political and moral reputation: his betrayal of Alfonso de Aragon in 1447, (which would lead to war with his kingdom of Naples ten years later), his depredation of St. Apollinare in Classe in 1449; his unsuccessful attempt at gaining Pesaro, thereby losing the service with the Venetians in 1450, and the accusation of having raped a German lady, in the same year. The canto ends with a turning point in Sigismondo’s 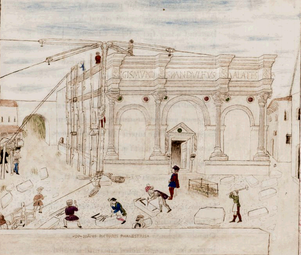 fortunes, the siege of the Rocca Sorano, near Siena in December 1454. The negative outcome of the siege would be one of the causes why the bishop of Siena, who became Pope Pius II in 1458, would persecute and finally destroy Sigismondo.

Though the Sorano siege will be the anchor to canto X, the next chapter in the condottiere's fortunes, Pound chooses to end this canto on a positive note, by reviewing and quoting from eight letters from home Sigismondo received at Sorano in December 1454. They offer glimpses of Malatesta’s building of the Tempio and of his personal life; they show that “he lived and ruled.” They are followed by a medallion portrait of Isotta and an intimation that the tombs at the Tempio will be the way in which Sigismondo and Isotta will be together for ever. 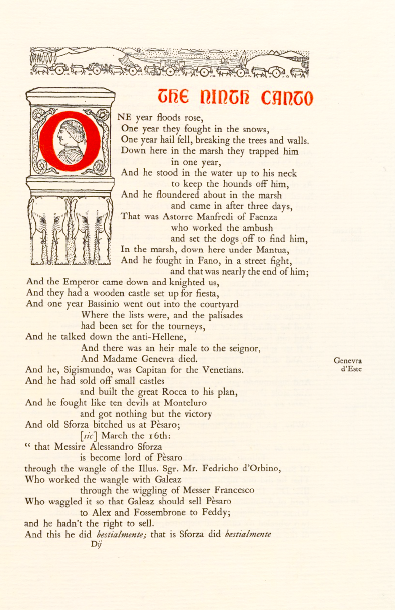 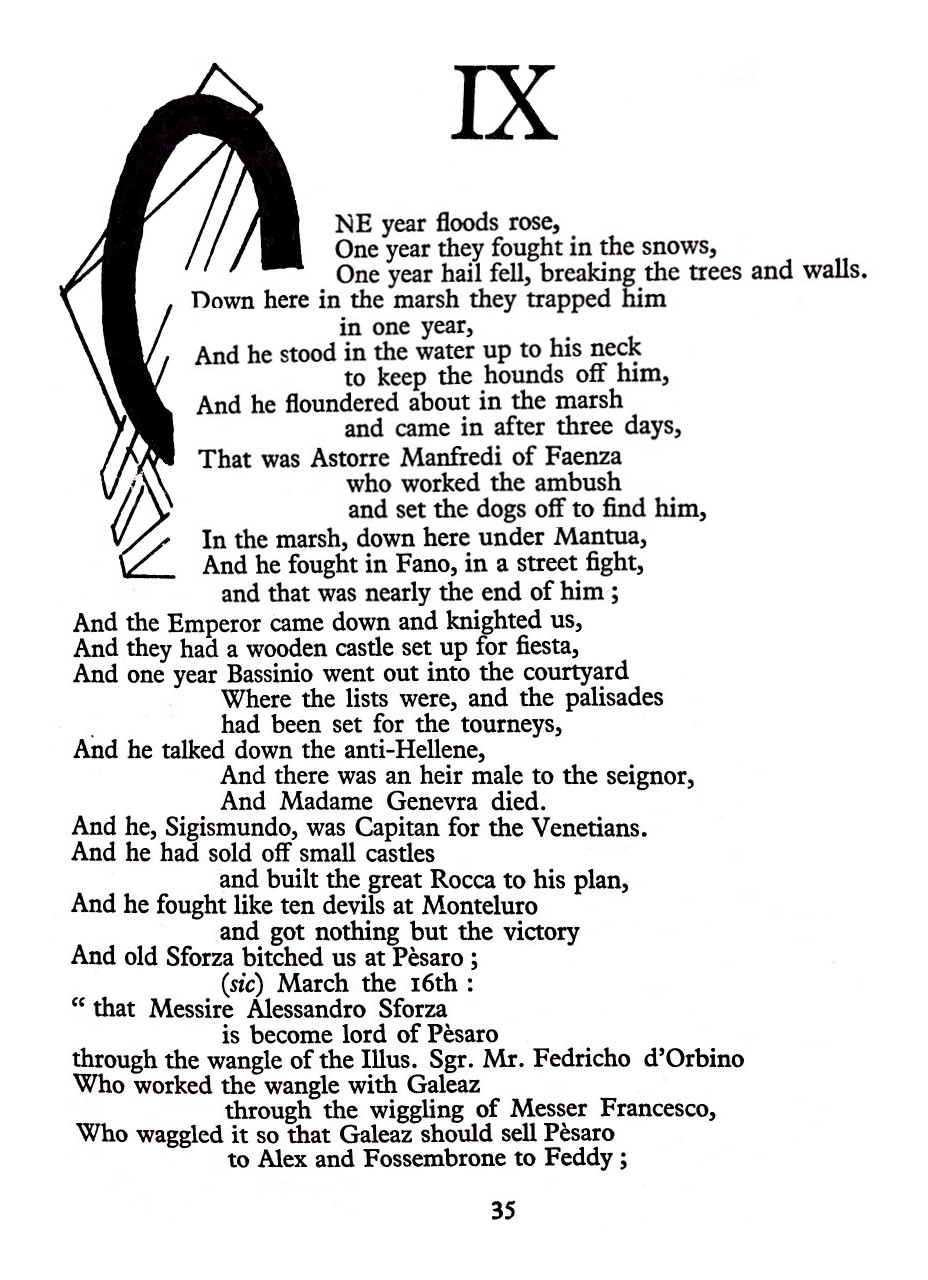