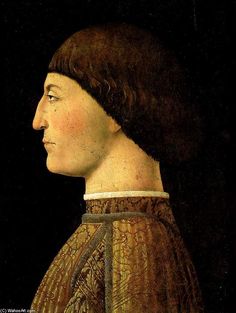 On April 27, 1462, Sigismondo Malatesta (1417-1468), the lord of Rimini, was damned to hell. For on that day, Pope Pius II (1405-1464) performed a most unusual canonization: not to create a blessed man or woman a saint but to enlist Sigismondo Malatesta among the ranks of the damned and condemn him to hell while he still lived. That evening three life-size effigies of Sigismondo were burned in three squares of Rome. Each carried a placard stating: “This is Sigismondo Malatesta, king of traitors, enemy of God and man, condemned to the fire by the decision of the sacred college.” Some Italian rulers were shocked and had tried to prevent it; others must have delighted in seeing a feared rival so utterly destroyed. One ambassador called the whole affair a “carnivalesque masquerade.” ... No previous pope had ever performed a reverse canonization, nor has any pope done so since.