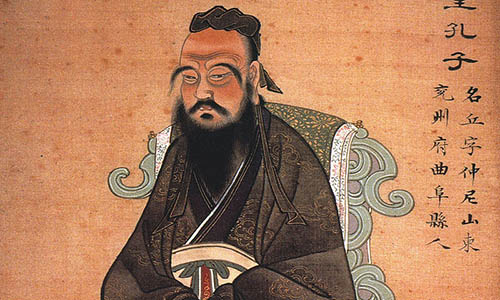 Confucius’s emphasis is on conduct. ‘Fraternal deference’ is his phrase. If a man have “fraternal deference” his character and his opinions will not be a nuisance to his friends and a peril to the community. It is a statesman’s way of thinking. The thought is for the community. Confucius’s constant emphasis is on the value of personality, on the outlines of personality, on the man’s rights to preserve the outlines of his personality, and of his duty not to interfere with the personalities of others.

Canto XIII defines the standard of an “illustrious” style with which the Cantos will treat examples of true virtue. Confucius is presented with unadorned, measured language and stately, graceful verse. [...] Kung’s words are an evocation of the “golden world” before nature had fallen. To keep the blossoms of the apricot from falling is to keep nature in a permanent vernal bounty. As in this last figure of Canto XIII, the Cantos will continue to render their civilized men with images of natural increase and divine tranquility.

CANTO LIII [the history of China from the beginning to Confucius]