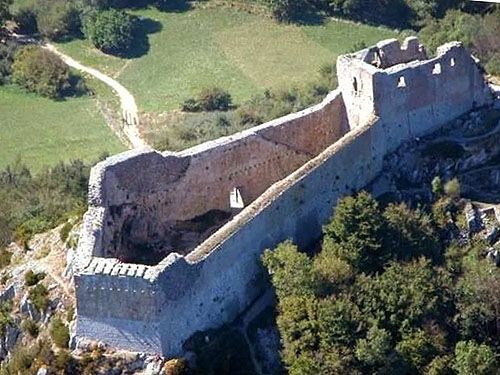 Between Cantos 47 and 49 there is the annoying interruption of canto 48, which seems a miscellany into which the poet has crammed scraps of anecdote, documents and historical bits – a modern babel among which we can discern familiar themes.

We shall not stop at canto 48, except to note the obscurity. What, for example, has the puppy’s pedigree got to do with the other private letter (“while she bought 2 prs of shoes”), or the private letter with interest rates in Bithynia or the beautifully evoked Provençal landscape? Who could disentangle the lines about the ant and the ox-carcase, even knowing the relevant passage in Jefferson and/or Mussolini? And the last five lines seem almost willfully obscure. The old man was employed to place a stone on the long beach costumes, to stop them from billowing in the wind. instead of saying that, Pound cuts away the substance and leaves us with a puzzle.

Yet what is in question is still knowledge and the transmission of intelligence, only now we are no longer in the lyrical ideal but in the problematic real world, and here the poet is thrown back upon his method of gathering together and heaping up all sorts of scraps of information and anecdotes bearing upon his central preoccupation: how is vital intelligence to be passed on so that it goes into action? and what obstructs and prevents the communication of it?

The canto itself delineates forces like imperial authority, usury and religion that make societies and individuals stupid, cruel and opportunistic; it also presents solutions and antidotes: efficient, goal-oriented, useful action (which Pound associated with Fascism in Jefferson and/or Mussolini); and uncorrupted intelligence, evaluating current social practices and correcting them. The apparently unrelated section of the canto devoted to the troubadours going to Montségur implies that the first mission of intelligence is to resist contemporary currents of power: this is a mission fraught with danger, adventure, and personal sacrifice. Instances of stupidity, opportunism and cruelty are contrasted throughout the canto with examples in history where intelligence, merit, professionalism and knowledge prevailed. The canto starts by what Pound considered to be the most intelligent invention of modern times: Silvio Gesell’s “vanishing money” – a financial tool that adequately applied would lift the world out of debt and financial crisis. He ends by a symbol of the world as he knows it: purposeless action that appears to do minor service in the short term: putting stones on clothes at the beach.