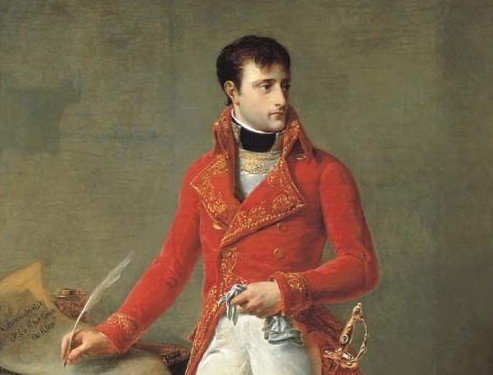 Canto 50 deals, in a manner close to Pound’s prose polemic, with the defeat by the forces of usury of the attempts at reform and revolution in Tuscany. Most of the canto is drawn from Antonio Zobi’s five-volume history of the Tuscan state up to the failed revolution of 1848, Storia civile della Toscana (1850-2). Zobi saluted the American Revolution as a precedent for Italy’s efforts to free itself from foreign domination, especially that of Austria. And because Napoleon wrested Italy from Austria and brought in something of the spirit and laws of the French republican revolution he is named here as ‘First Consul’ rather than emperor, and figures as a righteous opponent of the usurious monarchies of Austria and England.

The autocratic rulers of Russia, Prussia and Austria wanted to crush the revolutionary ideas for which Napoleon stood, including meritocracy, equality before the law, anti-feudalism and religious toleration. Essentially, they wanted to turn the clock back to a time when Europe was safe for aristocracy. At this they succeeded—until the outbreak of the Great War a century later. […]

If Napoleon had remained emperor of France for the six years remaining in his natural life, European civilization would have benefited inestimably. The reactionary Holy Alliance of Russia, Prussia and Austria would not have been able to crush liberal constitutionalist movements in Spain, Greece, Eastern Europe and elsewhere; pressure to join France in abolishing slavery in Asia, Africa and the Caribbean would have grown; the benefits of meritocracy over feudalism would have had time to become more widely appreciated; Jews would not have been forced back into their ghettos in the Papal States and made to wear the yellow star again; encouragement of the arts and sciences would have been better understood and copied; and the plans to rebuild Paris would have been implemented, making it the most gorgeous city in the world.

Napoleon deserved to lose Waterloo, and Wellington to win it, but the essential point in this bicentenary year is that the epic battle did not need to be fought—and the world would have been better off if it hadn’t been.

CANTO XXXII [revolution and the decline of monarchies viewed from the United States; Adams and Jefferson]

CANTO XXXIII [John Adams: “Poor Bonaparte! Poor devil! What has and what will become of him?”]

CANTO XL [usury in times of war-buying and selling gold; J. P. Morgan and the Rothschilds]