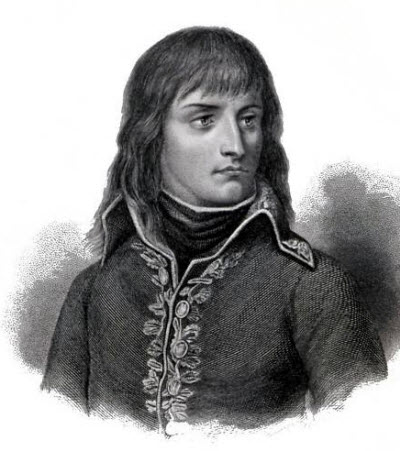 Napoleon as a student in the military school at Brienne, as remembered in Bourienne’s Memoirs

Bonaparte and I were nine years old when our friendship commenced. We soon became very intimate, for there was a certain sympathy of heart between us. I enjoyed this intimacy and friendship without interruption until 1784, when he was transferred from the military school at Brienne to that of Paris. I was one of those youthful companions who could best accommodate themselves to his stern and severe character. His natural reserve, his disposition to meditate on the subjugation of Corsica, and the impressions which he had received in his youth respecting the misfortunes of his country, and of his family, led him to seek solitude, and rendered his general demeanour somewhat disagreeable; but this was more in appearance than in reality. Our equality of age placed us together in the classes of languages and the mathematics. His ardent desire to acquire knowledge was remarkable from the very commencement of his studies. When he first came to the college, he only spoke the Corsican dialect, from which circumstance he already excited a lively interest. The Sieur Dupius, then vice-principal, a gentleman of polished manners, and an excellent grammarian, undertook to give him lessons in the French language. His pupil repaid his care so well, that in a very short time he had also learned the first rudiments of Latin. But to this language he had such an aversion, that in his fifteenth year he was still in the fourth class. In the Latin, I left him very speedily; but I could never get before him in the mathematical class, in which, in my opinion, he was, beyond dispute, the ablest in the whole school. I used sometimes to help him with his Latin themes and versions; and in return he assisted me in the solution of problems, which he demonstrated with a readiness and facility that perfectly astonished me; but to themes and translations he had a great aversion.

At Brienne, Bonaparte was remarkable for the dark colour of his complexion, which the climate of France afterwards very much changed, as well as for his piercing and scrutinizing glance, and for the style of his conversation, both with his masters and companions. His conversation almost always bore the appearance of ill-humour, and he was certainly not very sociable. This I think may be attributed to the misfortunes of his family during his childhood, and the impressions made on his mind by the subjugation of his country.

The students were invited by turns to dine with Father Benton, the principal of the school. One day, it being Bonaparte's turn to enjoy this indulgence, some of the professors who were at table, knowing his admiration for Paoli, purposely spoke disrespectfully of him. " Paoli," Bonaparte replied, "was a great man; he loved his country; and I never shall forgive my father, who was his adjutant, for consenting to the union of Corsica with France. He ought to have followed Paoli's fortunes, and to have fallen with him."

Generally speaking, Bonaparte was not liked by his companions, and they certainly did not flatter him. He associated but little with them, and rarely took part in their amusements. The submission of his country to France seemed to disturb his mind, and led him to keep away from the boisterous exercises of his schoolfellows. I, however, was almost always with him. During playhours he withdrew to the library, where he read with great eagerness books of history, particularly Polybius and Plutarch. He ran over Arrian with great delight, but had little taste for Quintus Curtius. I have often left him in the library to join the sports of my companions.

The temper of the young Corsican was not improved by the railleries of the students, who were fond of ridiculing his name, Napoleon, and his country. He has often said to me, "I will do these French all the mischief in my power:" and when I have endeavoured to pacify him, he would say, "But you never insult me; you love me."