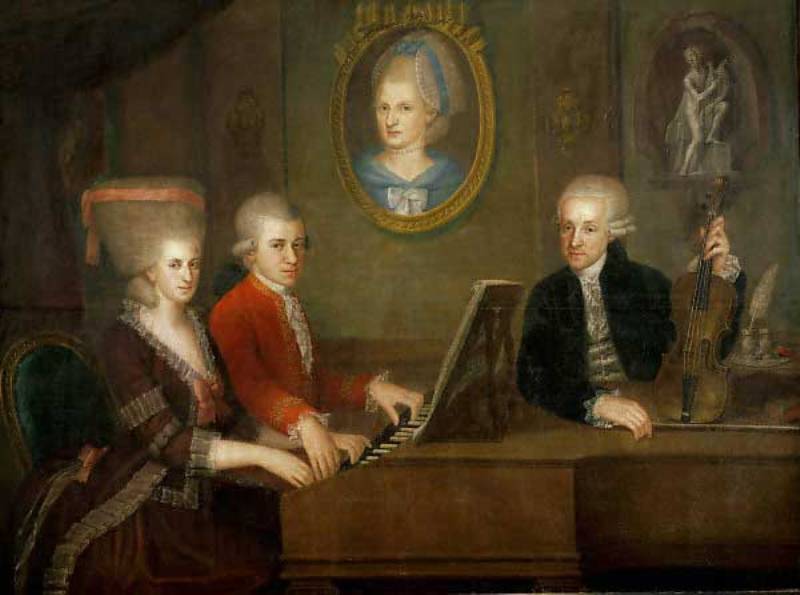 [Autograph in the Regierungsarchiv, Salzburg]

YOUR GRACE, MOST WORTHY PRINCE OF THE HOLY ROMAN EMPIRE!

I will not presume to trouble Your Grace with a full description of our unhappy circumstances, which my father has set forth most accurately in his very humble petition which was handed to you on March 14th, 1777. As, however, your most gracious decision was never conveyed to him, my father intended last June once more most respectfully to beg Your Grace to allow us to travel for a few months in order to enable us to make some money; and he would have done so, if you had not given orders that in view of the imminent visit of His Majesty the Emperor your orchestra should practise various works with a view to their performance. Later my father again applied for leave of absence, which Your Grace refused to grant, though you permitted me, who am in any case only a half-time servant, to travel alone. Our situation is pressing and my father has therefore decided to let me go alone. But to this course also Your Grace has been pleased to raise certain objections. Most Gracious Prince and Lord! Parents endeavour to place their children in a position to earn their own bread; and in this they follow alike their own interest and that of the State. The greater the talents which children have received from God, the more are they bound to use them for the improvement of their own and their parents' circumstances, so that they may at the same time assist them and take thought for their own future progress. The Gospel teaches us to use our talents in this way. My conscience tells me that I owe it to God to be grateful to my father, who has spent his time unwearyingly upon my education, so that I may lighten his burden, look after myself and later on be able to support my sister. For I should be sorry to think that she should have spent so many hours at the harpsichord and not be able to make good use of her training.

Your Grace will therefore be so good as to allow me to ask you most humbly for my discharge, of which I should like to take advantage before the autumn, so that I may not be obliged to face the bad weather of the ensuing months of winter. Your Grace will not misunderstand this petition, seeing that when I asked you for to travel to Vienna three graciously declared that I had nothing to hope for in Salzburg and would do better to seek my fortune elsewhere. I thank Your Grace for all the favours I have received from you and, in the hope of being able to serve you later on with greater success, I am

your most humble and obedient servant

Letter 256 Mozart to his father*

[Autograph in the Mozarteum, Salzburg]

When a man reaches a certain age and sees his children growing up, his ideas are bound to change a little. His daughter who is fifteen, his eldest child, is a very pretty and charming girl. She is very intelligent and steady for her age. She is serious, does not say much, but when she does speak, she is pleasant and amiable. Yesterday she again gave me indescribable pleasure; she played the whole of my sonata – excellently. The Andante (which must not be taken too quickly) she plays with the utmost expression. Moreover she likes playing it. I had already finished the Allegro, as you know, on the day after my arrival, and thus had only seen Mlle Cannabich once. Young Danner asked me how I thought of composing the Andante. I said that I would make it fit closely the character of Mlle Rosa. When I played it, it was an extraordinary success. Young Danner told me so afterwards. It really is a fact. She is exactly like the Andante.

* Note: Mozart's appeal to the Archbishop was successful. He was allowed to go on tour with his mother. The second letter, to his father, was written from Mannheim, where Mozart finished his sonata (no. 7) in November-December 1777. He had already written the Allegro before arriving in the city; but after meeting Miss Cannabich, he allowed himself to be inspired by her and made her musical portrait in the second part, the Andante.