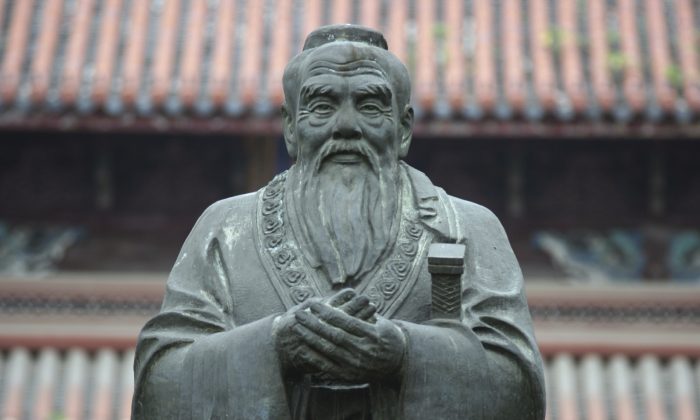 “Plato’s Republic notwithstanding, the greek philosophers did not feel communal responsibilities vide infra. The sense of coordination, of the individual in a milieu is not in them.

Any more than there is a sense of social order in the teachings of the irresponsible protagonist of the New Testament. The Anschauung of an individual of, or among, a dominated race, however admirable from some aspects, is not the Anschauung of man who has held responsible office.

Rome was the responsible ruler. The concentration and emphasis on eternity is not social. The sense of responsibility the need for coordination of individuals expressed in Kung’s teaching differs radically both from early Christian absolutism and from the maritime adventure morals of Odysseus or the loose talk of argumentative greeks.”

Pound followed the romanization of names and Chinese terms provided by his sources (Cheadle 7), whereas newer research on both Confucian works and Pound’s translations has followed the pinyin system (Cheadle, Lan, Chin). The Cantos Project will therefore follow the practice of including the Chinese word first in the romanization Pound used, and then in pinyin, in square brackets. For canto XIII, Pound uses the French romanization which he found in his source: Doctrine de Confucius: Les Quatre livres de philosophie morale et politique de la Chine. Traduite par M. G. Pauthier. Paris 1814. Pdf.