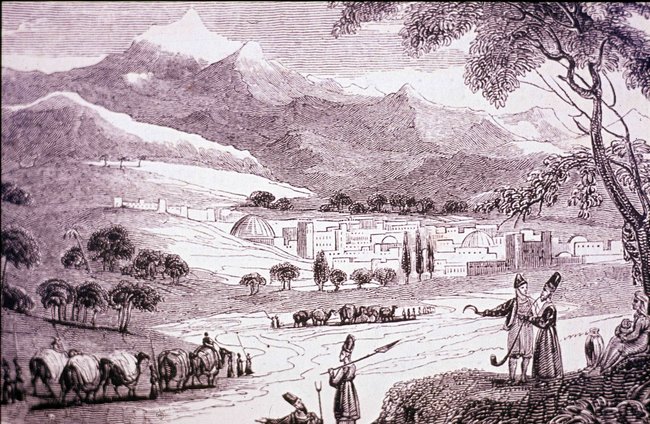 I:97.3. “Since we cannot go on living in the present way in the land, come, let us set up a king over us; in this way the land will be well governed, and we ourselves shall attend to our business and not be routed by lawlessness.” With such words they persuaded themselves to be ruled by a king.

I:98.1. The question was at once propounded: Whom should they make king? Then every man was loud in putting Deioces forward and praising Deioces, until they agreed that he should be their king.

I:98.2. He ordered them to build him houses worthy of his royal power, and strengthen him with a bodyguard. The Medes did so. They built him a big and strong house wherever in the land he indicated to them, and let him choose a bodyguard out of all the Medes.

I:98.3 And having obtained power, he forced the Medes to build him one city and to fortify and care for this more strongly than all the rest. The Medes did this for him, too. So he built the big and strong walls, one standing inside the next in circles, which are now called Ecbatana.

I:98.4 This fortress is so designed that each circle of walls is higher than the next outer circle by no more than the height of its battlements; to which plan the site itself, on a hill in the plain, contributes somewhat, but chiefly it was accomplished by skill.

I:98.5 There are seven circles in all; within the innermost circle are the palace and the treasuries; and the longest wall is about the length of the wall that surrounds the city of Athens. The battlements of the first circle are white, of the second black, of the third circle purple, of the fourth blue, and of the fifth orange:

I:99.1 Deioces built these walls for himself and around his own quarters, and he ordered the people to dwell outside the wall. And when it was all built, Deioces was first to establish the rule that no one should come into the presence of the king, but everything should be done by means of messengers; that the king should be seen by no one; and moreover that it should be a disgrace for anyone to laugh or to spit in his presence.